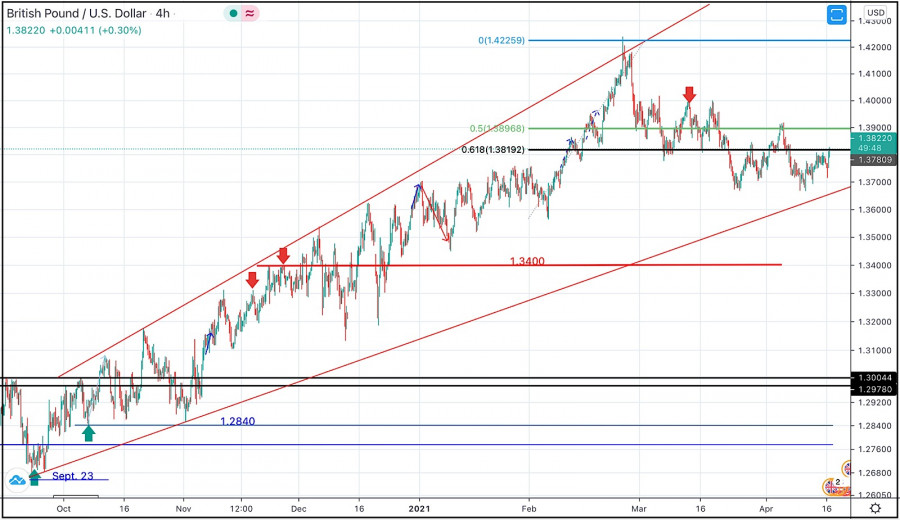 Sideway movement with slight bullish tendency was demonstrated while approaching the price levels around 1.3700-1.3750.

Thats’s why, Bearish pullback was initiated. However, the GBP/USD pair has failed to maintain sufficient bearish momentum.

Obvious Bearish rejection and a SELL Entry was suggested around this price zone. Since then, the GBPUSD pair has been moving sideways with some bearish tendency.

Short-term outlook has turned into bearish after the GBP/USD pair could maintain movement below the price zone of 1.3820-1.3900 which corresponded to (61.8%-50%) Fibonacci zone. However, the pair has recently failed to drop below the price level of 1.3670.

Another Recent bullish trial for retesting of 1.3900 should have given a valid SELL Entry as suggested in previous article.

Bearish Persistence below 1.3820 can favour bearish decline at least towards 1.3600 where the lower limit of the depicted movement channel can be tested.

On the other hand, until now the GBPUSD pair remains trapped between the ascending trend and the key-level around 1.3850.

Another bullish breakout above 1.3900 will probably liberate further bullish movement towards 1.4200.