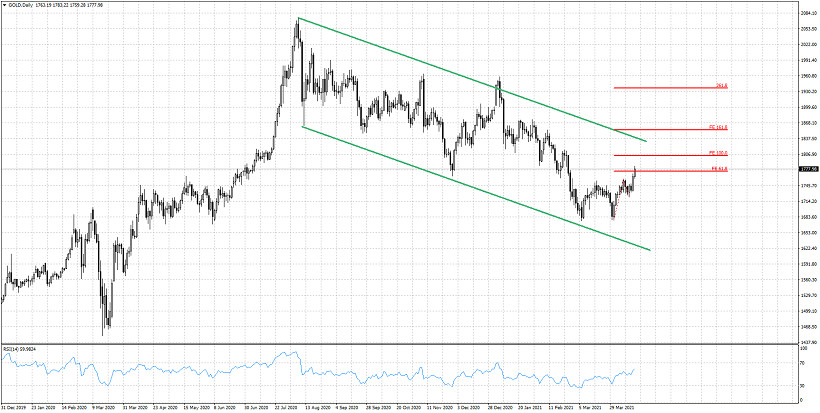 Gold price is trading above $1,770 and is approaching our first target area of $1,788-$1,800. Since Gold price double bottomed at $1,677 and recaptured $1,730, we have been talking about the possibility that price will make a bigger bounce towards the upper channel boundary. Gold price seems to be following this scenario. This scenario could unfold into a bigger move higher specially if price breaks above $1,800-$1,820 and does not fall below $1,730 again. New all time highs are a possibility that should not be ignored.