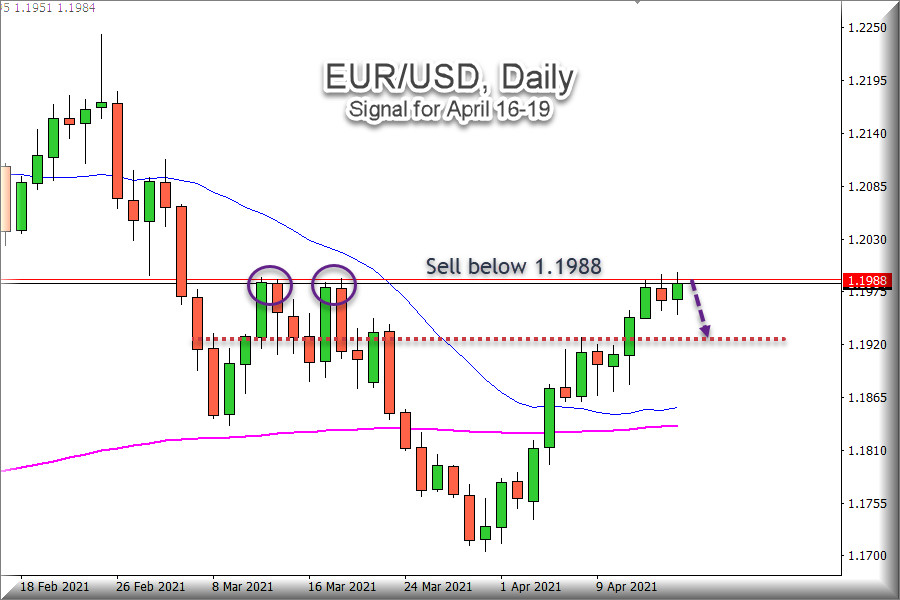 We note in the daily chart that EUR / USD has reached a key resistance level, around 1.1988. In the month of March, the pair has formed a double top, and the price is now touching the same level for the third time.

If EUR / USD, in daily charts, consolidates above the psychological level of 1.20, there could be a bullish move to the 1.2086 area.

As the eagle indicator in 4-hour charts is showing an overbought signal, we expect there to be a correction to the monthly support at 1.1910.

Given that EUR / USD is now below this resistance level, our recommendation is to sell with targets at 1.1910.