Latest data released by Eurostat – 16 April 2021Prior €24.2 billion; revised to €28.7 billionThe trade surplus narrowed considerably with exports seen down 2.5% on the month while imports grew by 3.4% on the month in February. The setback to exports sees it drop to levels seen in October but at least imports are slowly moving back towards pre-virus levels, though still some way off for the time being. 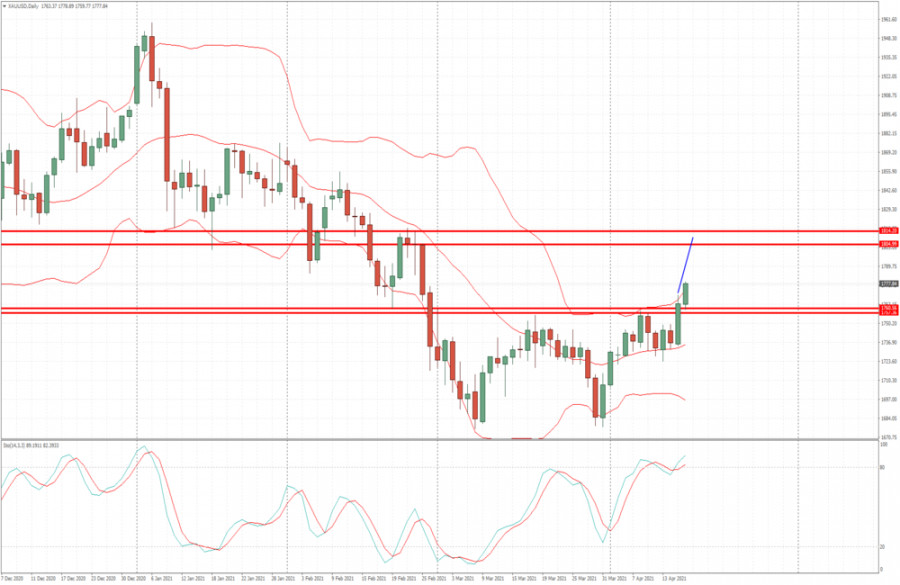 Analyzing the current trading chart of Gold , I found that there is the breakout of the multi day balance and lots of the buying power.

My advice is to wtach for buying opportunities on the pullbacks with the upside swing target at $1.804 and $1.8015.

Additionally, there is the breakout of the upper BOllinger line….