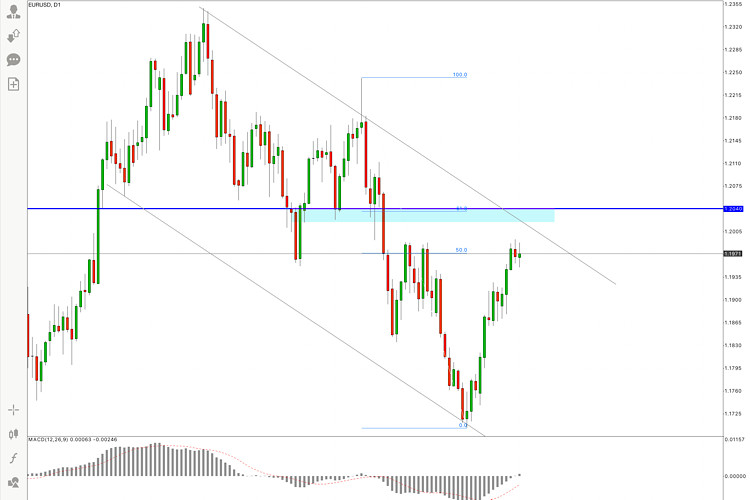 The single currency reverses the previous day’s pullback and regains the composure, lifting EUR/USD back to the 1.1980 region.EUR/USD’s rally remains well and sound and leaves behind Thursday’s downtick on the back of the offered bias surrounding the buck, which is in turn sponsored by declining yields in the US bond markets.

A sustainable breakout of recent swing high should open the door to further gains with the next target at the 50% fibonacci retracement . A surpass of this area allows for a move to the key 1.2000 hurdle which coincides with the bearish parallel channel resistance. If EUR/USD break closes below recent low at 1.1860, we will see bearish traders pushing the market towards 1.171 support and further below awaits the lower boundry of the channel