In previous posts we have shown similarities of the recent bottom in the Dollar index to the bottom of 2018 and the run up to 103. Price has made an upward move from 89.18 to 93.41 but has retraced back to 91.60. With the RSI oversold in the 4 hour chart, there are increased chances of a reversal to the upside. 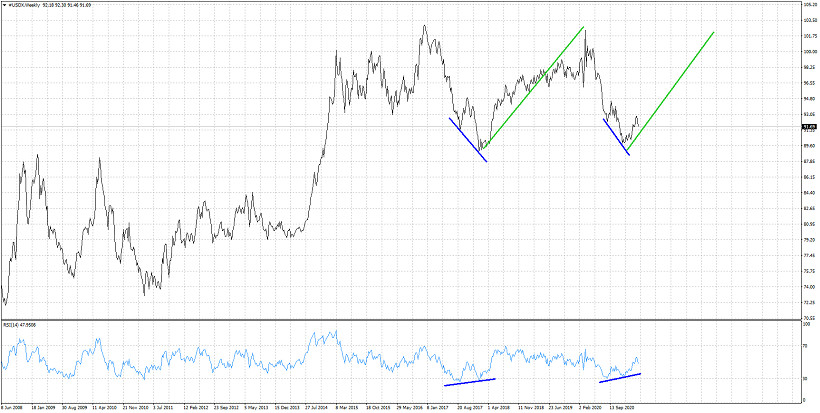 The Dollar index as we said before has bounced off the horizontal support and previous major low from 2018 and has shown similar bullish divergence signs. The chances for a similar upward move towards 103 are high. However the recent pull back from 93.40 to 91.60 has put the bullish scenario under pressure. 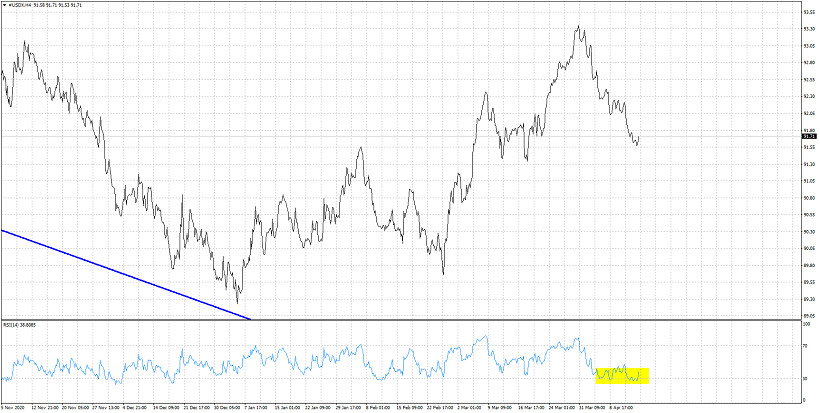 Price has pulled back from 93.40 towards the previous consolidation zone. The RSI is scraping the oversold bottom levels and is now turning upwards. Will this be the start of a new upward move to bring price above 93.40? The chances of a bounce from current levels are high, so bears need to be very cautious as Dollar seems to be gain some strength.