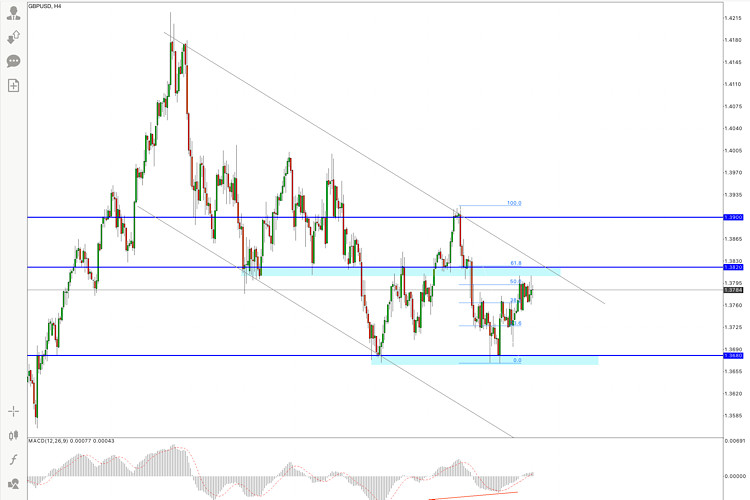 GBP/USD is edging up toward 1.38, reversing its previous falls in tense trading ahead of all-important US retail sales. A Brexit-related meeting on Northern Ireland is also eyed.

The intraday USD uptick lacked any obvious fundamental catalyst and remained capped amid the ongoing decline in the US Treasury bond yields. Even the incoming positive economic data failed to impress the USD bulls as investors seem convinced that the Fed will keep interest rates low for a longer period.

The four-hour chart is showing that cable has been rejected at 1.3810, a line that capped it twice in late March – making it a critical barrier. Momentum has turned to the upside. All in all, bulls are gaining ground.

Bulls, however, struggled to capitalize on the move or find acceptance above the 1.3800 round-figure mark.Even from a technical perspective, the emergence of some selling at higher levels suggests that the positive move witnessed since the beginning of this week might have run out of steam. A subsequent slide below the 1.3745-40 region will reaffirm the negative bias and turn the GBP/USD pair vulnerable to slide further.