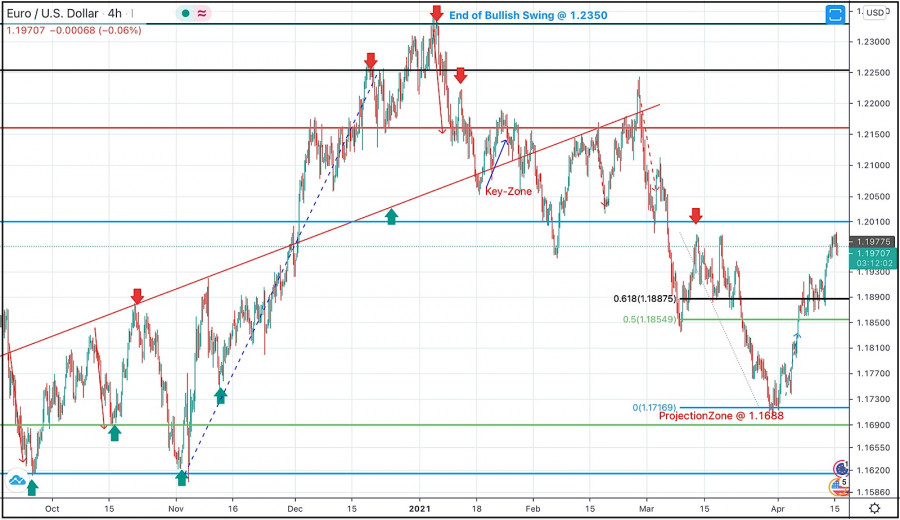 Around 1.1690, a high probability bullish trade could be taken around it, a bullish pullback was expected to occur towards 1.1850.

This recent bullish pullback towards the price zone of 1880 was suggested for bearish rejection.

However, failing to apply sufficient bearish pressure has enhanced further bullish advancement towards 1.2000 where price action should be watched for possible bearish rejection and a valid SELL Entry.