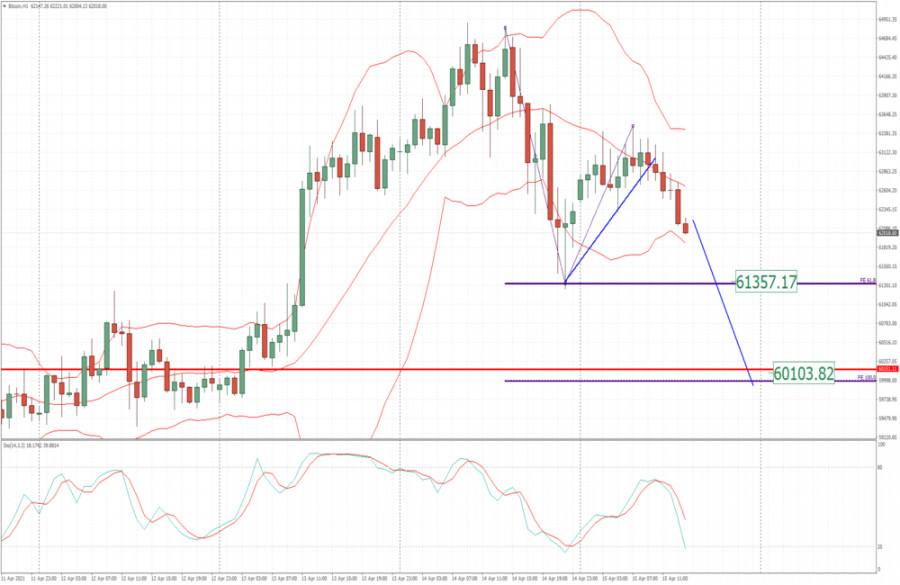 Analyzing the current trading chart of BTC, I found that there is potential for the downside movement towards $61.350.

My advice is to watch for selling opportunities on the rallies with the downside targets at $61.357 and $60.100.Stochastic oscillator is showing fresh new cross.