France March final CPI +1.1% vs +1.1% y/y prelimLatest data released by INSEE – 15 April 2021HICP +1.4% vs +1.4% y/y prelimThe preliminary report can be found here. No change to the initial estimates as this reaffirms stronger price pressures last month, mainly due to base effect adjustments.The trend should continue in the months ahead but expect the ECB to keep brushing that aside to transitory factors, as they have already touted previously.Further Development 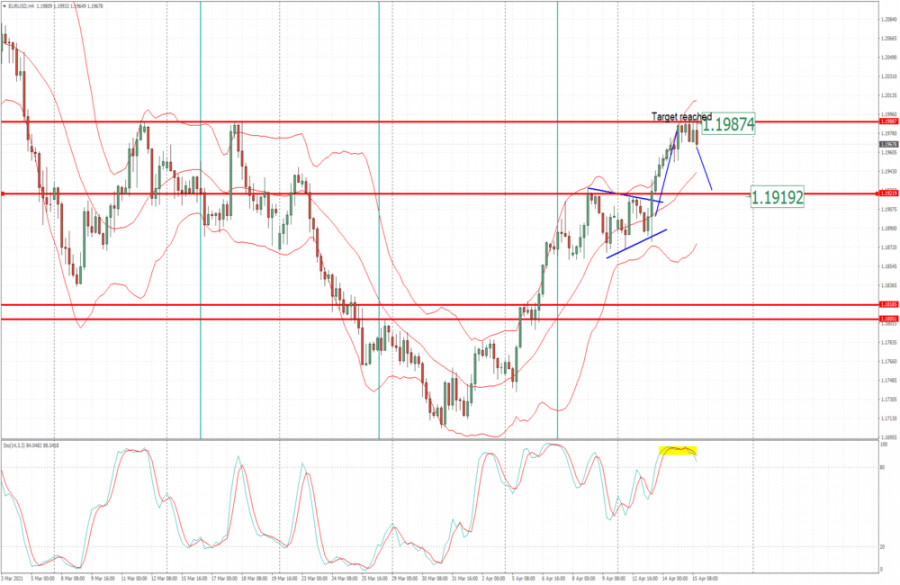 Analyzing the current trading chart of EUR/USD, I found that EUR reached my frist upside target from yesterday at the price of 1.1987 but there is potential for the downside correction.

Watch for selling opportunities with the downside target at 1.1920.