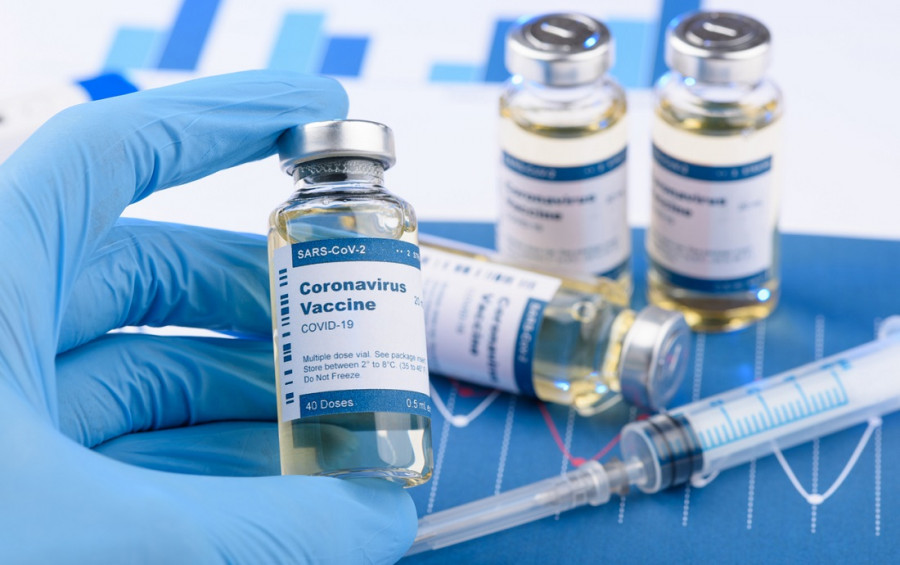 Predictions that the US dollar index will not hold above the 200-day moving average seem to come true. There was little hope for a rebound at the very beginning of the week, but that did not happen. Despite high inflationary expectations pushing US Treasury yields up, the American currency went below the important support level of 92.00. Currently, the greenback is still trading under pressure from a number of factors. Now the key issue is not whether the dollar may fall but how deep it may go down.

So what is the catalyst for the dollar’s decline? The coronavirus infections are still rising, some large countries remain under lockdowns, which means that hopes for a faster recovery of the global economy are waning. In this regard, there is no rise in yields. Therefore, the US dollar is losing in value. There are no even signs of the US central bank’s possible refusal of operations offering unlimited amounts of liquidity. This is a negative factor for the greenback, since the currency has received support from this fact since the beginning of the year.

Another factor is the stable oil market. Notably, higher inflationary expectations and dollar yields were also fueled by the growth in the energy market. The change of power in the United States provided ground for speculation about possible progress in negotiations on the nuclear program and a potential recovery in Iran exports. Although the latest news contradicts the normalization of relations between the United States and Iran, the market is still betting on the return of Iranian oil. This is not just about a possible easing of sanctions, the focus is on the partnership between Iran and China. The relations between these two countries have recently reached the level of strategic partnership, and China seeks to invest in Iran’s economy.

The spread between short- and long-term crude oil futures contracts is narrowing, indicating the market’s possible weakness in the future. The popular suggestion in February that Brent crude would surge to $100 a barrel now seems to be unlikely. If commodity prices do not advance, industrial inflation will not see significant growth and will not turn into consumer inflation. That is why the Fed has no reason to consider tightening monetary policy.

The US dollar index sank by 1.7% in just two weeks. On Tuesday, a new wave of sales was triggered by the data on consumer prices in the United States. The indicator accelerated in March. Following the release of this data, the yield on US government bonds dipped to the lowest level since March 25. If the downward trend continues, the US currency risks coming under even greater pressure and falling below 90.00.

Today’s macroeconomic calendar includes a speech by Federal Reserve Chair Jerome Powell. This news may affect the dynamics of the US dollar. If Powell focuses on the Fed’s continued loose monetary policy again, the dollar sell-off will most likely intensify.

In this case, buyers of EUR/USD are expected to take the lead, dragging the pair above 1.20. On Wednesday, the euro continues its recovery dynamics. Higher demand for the common European currency can be attributed primarily to the weak US dollar. Yesterday, traders barely reacted to the downbeat data on business confidence in Germany. At the same time, the ZEW Indicator of Economic Sentiment collapsed to 70.7 in April from 76.6.

However, the euro could have risen higher if it were not J&J’s announcement of delays in COVID-19 vaccine deliveries to the European Union. However, the United States is not overly dependent on this vaccine. It will take longer for Europe to vaccinate 70% of its population, while the loss of a second summer season could be devastating to its economy. So far, the euro has barely reacted to this news, since delays in deliveries may be temporary and not prolonged. Moderately favorable market sentiment is likely to support the EUR/USD pair. Nevertheless, the issue around mass vaccination is of priority importance, so anything is possible.

Further dynamics of the euro will also depend on ECB’s response to the weaker US dollar. Earlier, the European regulator made it clear that it does not want to see the EUR/USD pair above 1.2100. On Wednesday, traders will focus on the speech of European Central Bank President Christine Lagarde. Since today’s macroeconomic calendar is full of many representatives from the European regulator and the Federal Reserve speaking today, intraday fluctuations in the EUR/USD pair are expected to intensify.

The volatility indicator for the single currency suggests that investor sentiment is positive. According to Bloomberg, the euro may advance up to 1.2100, but in order to hit new highs of the current cycle, strong momentum is needed. Traders need some positive news on vaccination. In this case, the outlook for the euro will become more optimistic.