Bitcoin made new all time highs today around $64,768. Price however is turning lower with Bitcoin now trading around $61,600. Price is still above the resistance that was broken which is now support. It is important for bulls for price to stay above the broken resistance and not fall below it. 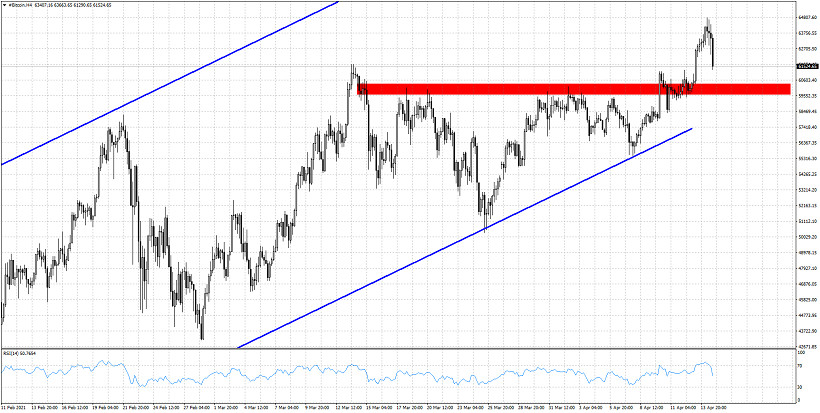 Bitcoin is still inside the medium-term upward sloping blue channel. As long as this is the case, trend will remain bullish. Price is pulling back now and looks ready to test the broken resistance and now support around $59,500-$60,000. Respecting this support level is key for the continuation of the up trend towards our next target of $75,000. If support fails to hold and price breaks below and out of the bullish channel, then we should expect a deep correction to follow that could last more than a couple of weeks and could bring price towards $40,000.