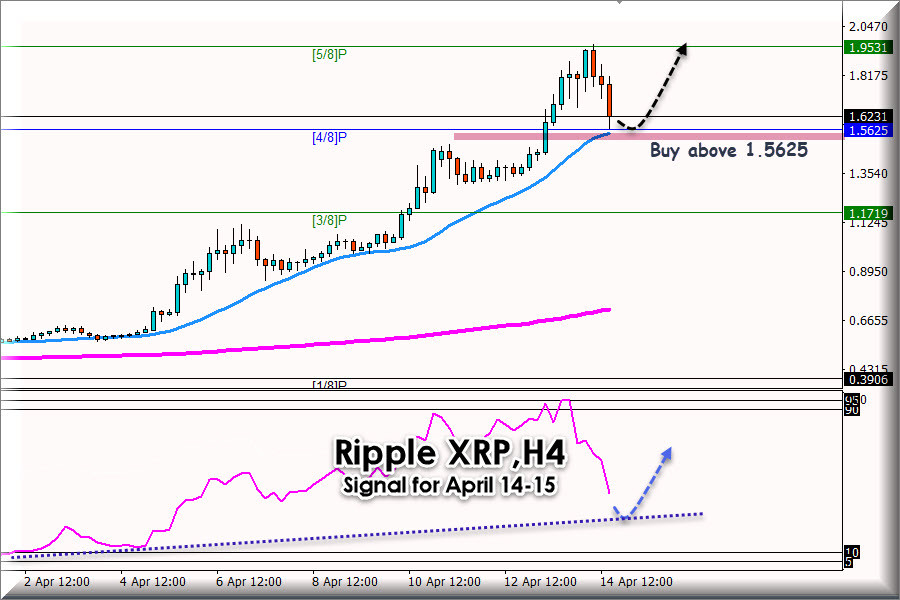 The Ripple (XRP) this morning of the American session is retreating from its new highs at $1.96, after having found resistance at Murray’s 5/8, supported by the eagle indicator that showed an overbought signal.

Ripple XRP is a global settlement network that uses blockchain and distributed ledger technology. Ripple has great potential and could soon rival bitcoin.

The purpose that Ripple seeks to achieve is the speed and frictionlessness of sending money globally using the power of the blockchain.

The Ripple has also been adopted by various banks such as BBVA, the Royal Bank Of Canada, the Bank of America, and Standard Chartered. In fact, some rumors about Ripple indicate that it could have the potential to revolutionize the financial services sector.

In view of the Advantages of Ripple, without a doubt, we see its great potential, and it would be time to buy this currency in the medium term, because by the end of the year it is expected to reach the level of $10 x Ripple.

On the technical level, XRP is above the 21 SMA, which is a sign that there could be a strong bullish movement for the next few days.

At the level of $1.5625, the pivot of 4/8 Murray is located, if the Ripple remains above this level we hope that it will gradually appreciate, and reach $2.34, which is its short-term objective.

Our recommendation is to buy Ripple at current levels and hold the position for the long term.