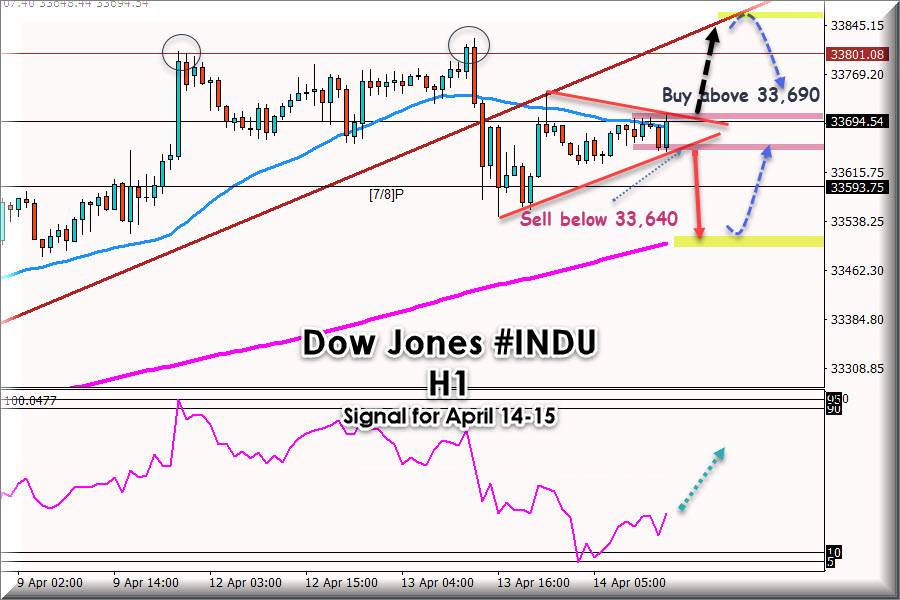 The Dow Jones #INDU, in the morning of the American session is trading near the highs of 33,800. According to the last quotes in 4-hour charts, we have seen that the index has made a correction to the 7/8 support of Murray located at 33,593.

From this level, we see that it is rebounding, and trying to maintain its bullish momentum, in a few hours the president of the FED, Chair Powel will have a speech this could move the stock market, we expect a boost to the highs of 33800.

Our recommendation is to wait for the break of the triangle and take positions according to the trend, we can also buy as long as it remains above 34 SMA.

The eagle indicator in 1-hour charts is showing a bullish signal and it is likely that it will try to find its highs in the next few hours.