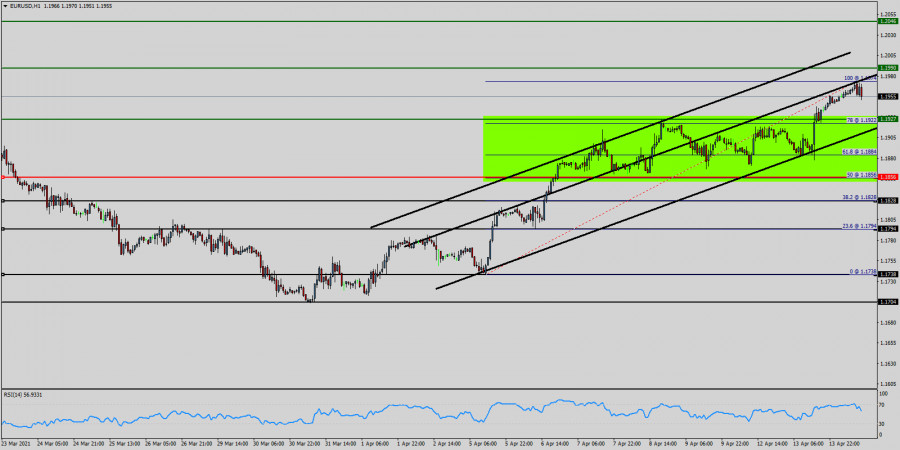 Overview :The GBP/USD pair set above strong support at the level of 1.1856, which coincides with the 50% Fibonacci retracement level.