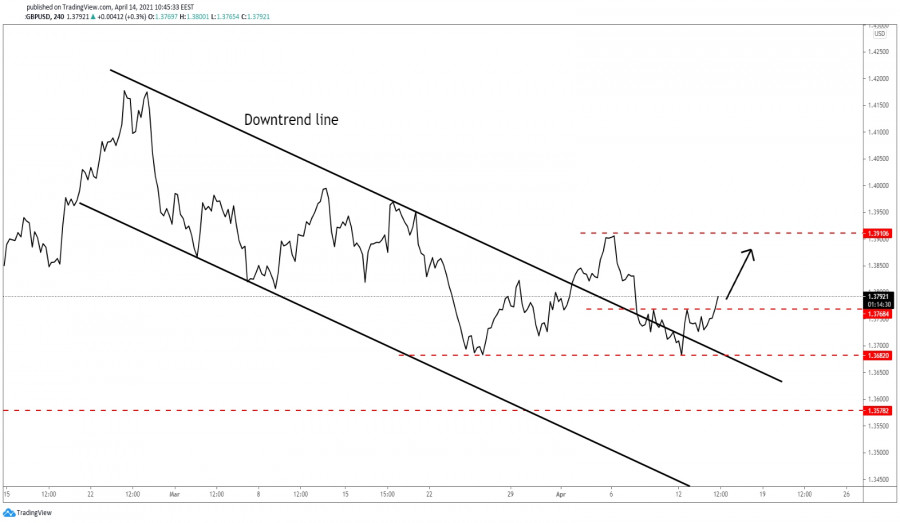 GBP/USD is trading at 1.3790 level after coming back above the broken downtrend line. The first breakout above the downtrend line signaled that we could have a reversal and that the decline could be over.

The pair has decreased a little to test and retest the downtrend line and the 1.3682 former low before jumping higher.

The current jump above 1.3768 former highs is seen as a buying opportunity with a potential target at 1.3910 level. The Stop Loss could be placed and hidden below 1.3682 lower low.