Yesterday, the information background on the pound was simply absent, but this did not prevent it from strengthening quite well. This is probably nothing more than an elementary rebound, after a decline that has not stopped for a whole week. Roughly speaking, all the movements of the pound yesterday were purely technical in nature. Although, of course, it is not fair to say that there was no news on the pound, or the UK, at all. The vaccination program in the UK goes strictly according to plan, unlike continental Europe or the United States, where they only do what they build the next fantastic plans. In fact, 29.8% of the UK population has already been vaccinated. And according to the assurances of London, all citizens under the age of fifty received the vaccine. The news is just wonderful, but it only appeared after the main movement in the pound had already passed. Ergo, the growth of the pound is an elementary technical rebound.

Today will start with the publication of data on industrial production in the UK, the rate of decline of which should slow down from -4.9% to -4.8%. Formally, we are talking about improving the situation in the industry. However, the scale of the changes is ridiculous. Roughly speaking, everything remains as it is, so this data will not have any direct impact on the pound. 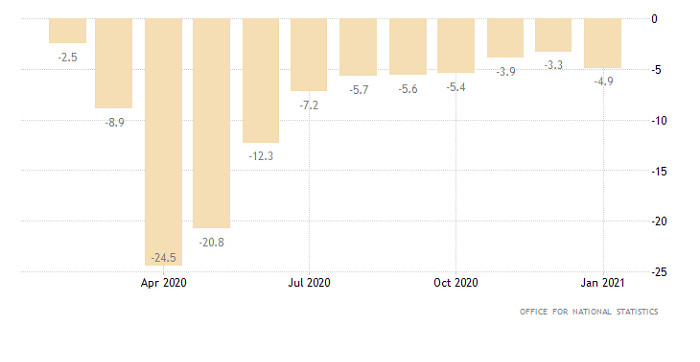 Everything will revolve around the inflation data in the United States today. Moreover, inflation should accelerate from 1.7% to 2.6%. The increase in the growth rate is quite significant. In addition, inflation should rise above the Federal Reserve’s target level. Simply put, in the United States, there is a risk of a full-fledged unwinding of the inflationary spiral. But the most frightening thing is that the Federal Reserve still pretends that nothing is happening, and there are no inflationary risks. Although, the further development of this situation forces the Federal Reserve System to take emergency measures, for which the economy is simply not ready. And for the dollar, this is an exceptionally negative factor, which is likely to lead to its noticeable and rapid weakening. 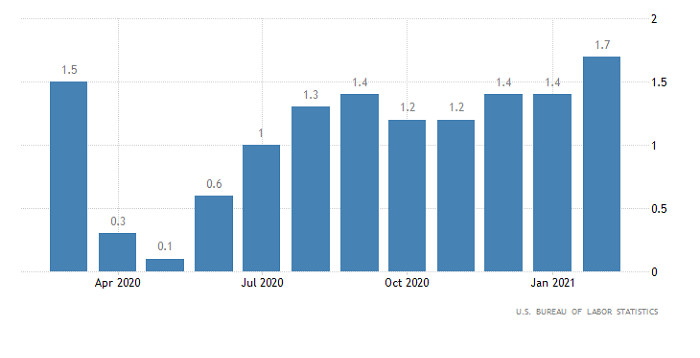 During the last trading day, the GBP/USD currency pair showed quite high activity associated with long positions, where the previously known price range of 1.3669 serves as a fulcrum, which is the basis for a corrective move from the peak of the medium-term trend.

The market dynamics is showing signs of acceleration, which is confirmed by the growth of the coefficient of speculative operations.

If we proceed from the current location of the quote, we can see a gradual recovery process relative to the recent speculative surge in activity.

Considering the trading chart in general terms, the daily period, it is worth highlighting the fact that the quote is steadily moving within the base of the correction, increasing the chances of sellers for a subsequent decline.

In this situation, it can be assumed that the process of restoring the downward interest may eventually lead to a local stagnation in the range of 1.3700/1.3750, relative to which a new round of speculative activity will arise.

From the point of view of complex indicator analysis, it can be seen that technical instruments have a variable signal on the minute and hourly intervals (Buy/Sell), while the daily period consistently indicates a downward interest, signaling a sell. 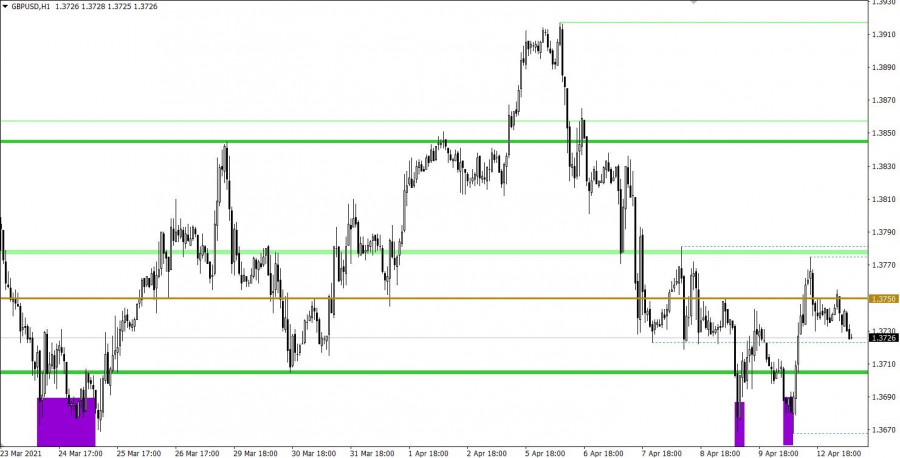