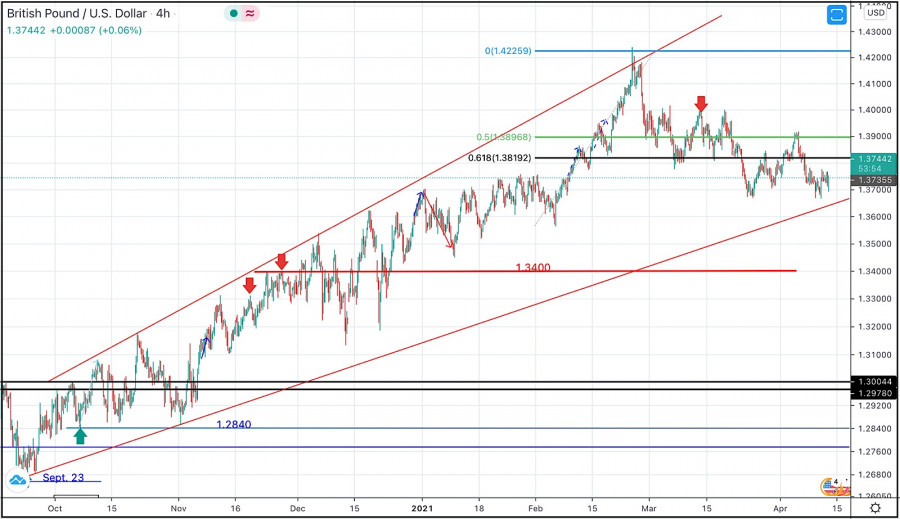 Obvious Bearish rejection and a SELL Entry was suggested around this price zone. Since then, the GBPUSD pair has moved sideways with some bearish tendency.

The recent bullish trial for retesting should have given a valid SELL Entry as suggested in previous article.

Note that the current Bearish Persistence below 1.3820 will probably enhance bearish decline at least towards 1.3600 where the lower limit of the depicted movement channel can be tested.

Bearish breakout below 1.3600 will enhance further bearish decline towards 1.3500 and probably 1.3400. Otherwise, another breakout above 1.3900 will probably liberate another bullish movement towards 1.4200.