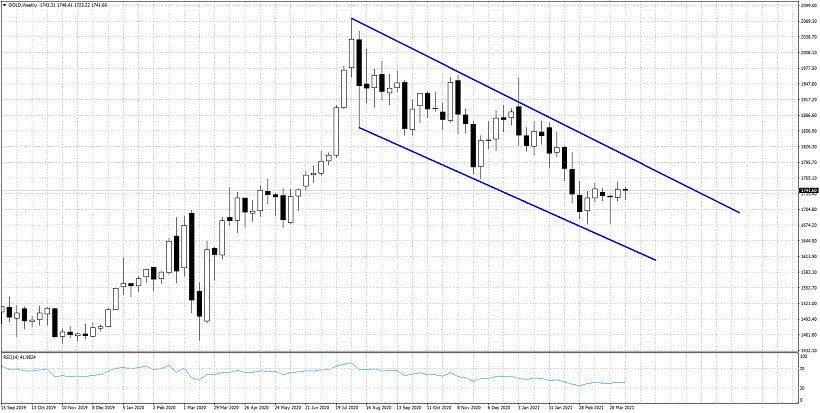 Gold price has potential to reach the upper channel boundary resistance around $1,780-$1,800. Gold’s low at $1,677 was around the 38% Fibonacci retracement of the rise from $1,159 low of 2018 and it could very well be a back test of the up trend. Gold has the potential to form a similar long-term low around $1,677 and proceed to a move above $2,070. This scenario will have increased chances if price breaks out and above the blue downward sloping channel. So buying just above $1,700 with a stop at $1,677 looking for a potential move to new all time highs is a good risk reward trade.