Litecoin is making new short-term highs. Price is making higher highs and higher lows. Trend remains bullish. After the triangle break out and the confirmation of the bullish signal by the back test, we see our bullish view remain intact targeting $286 as we mentioned in previous posts. 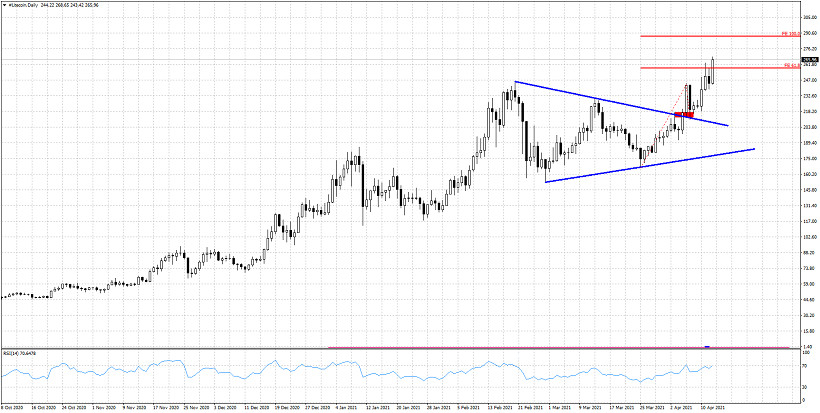 LTC/USD is moving higher after the triangle break out as expected. Support is at $214 and as long as price is above this level we remain optimistic for a move towards our next target of $286. In the short-term we also find support at $239 the recent pull back low. Breaking below $239 will be the first sign of weakness. Until then we remain bullish.