Bitcoin is breaking above its resistance at $59,000-$60,000. So far price has respected support levels and the bullish channel it is in. In previous posts we mentioned that a break above the resistance neckline of the head and shoulders pattern would activate the bullish target of $65,000 and next at $75,000. 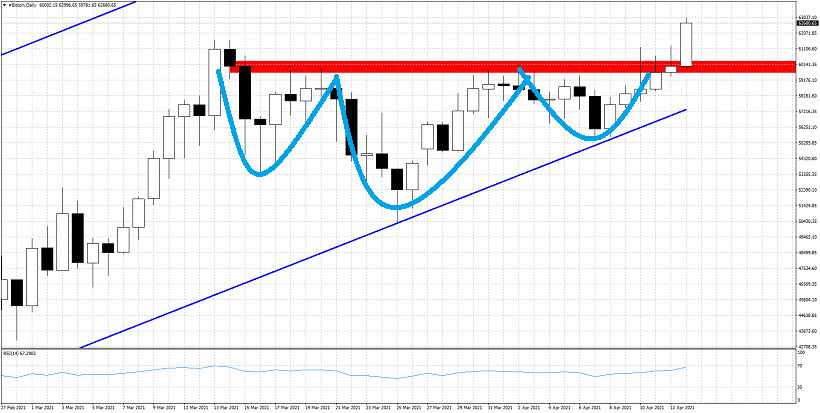 BTC/USD is trading near $63,000 and is above the neck line resistance. Trend remains bullish as price is still inside the bullish channel and continues making higher highs and higher lows. Support is now at the low of the right hand shoulder at $55,500. As long as price is above this level we remain optimistic for a move towards $65,000 and $75,000.