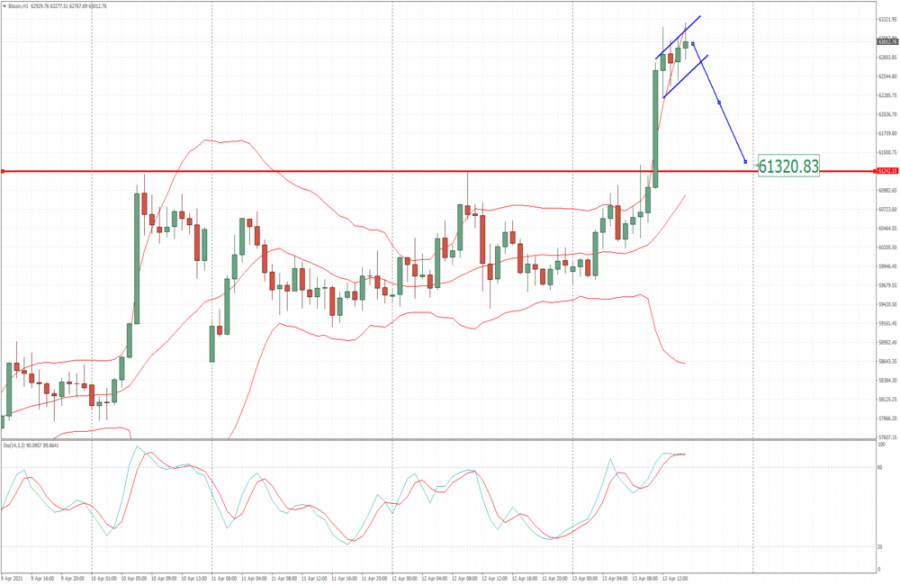 Analyzing the current trading chart of BTC , I found that BTC reached daily extreme levels and that upside movement started to slowdown in tempo, which is sign for potential downside rotation.

Due to extreme condition watch for potential intraday selling opportunities with the downside target at $61.300.Stochastic oscillator is overbought, which is another sign of potential downside rotation….