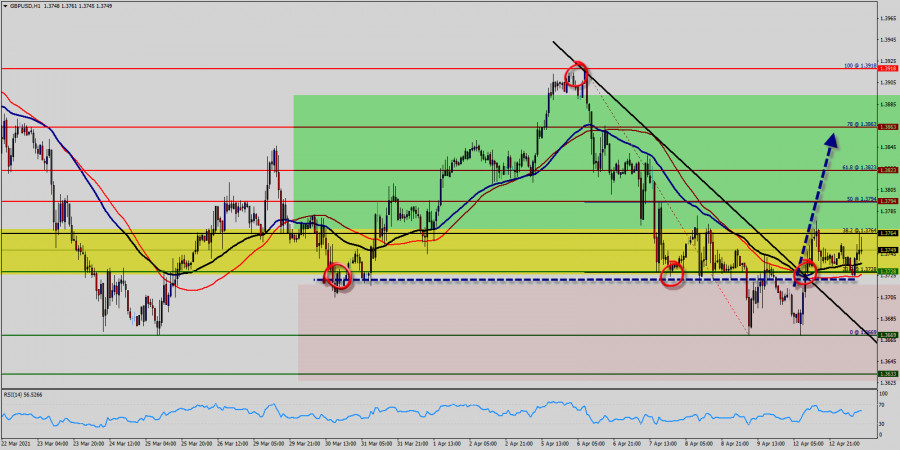 The GBP/USD pair broke resistance which turned to strong support at the level of 1.3728 yesterday.

The level of 1.3728 coincides with 23.6% of Fibonacci, which is expected to act as major support today. Since the trend is above the 23.6% Fibonacci level, it means the market is still in a uptrend.

From this point, the GBP/USD pair is continuing in a bullish trend from the new support of 1.3728.

This is shown to us as the current price is in a bullish channel. According to the previous events, we expect that the GBP/USD pair will move between 1.3728 and 1.3823.

Therefore, strong support will be formed at the level of 1.3728 providing a clear signal for buy deals with the targets seen at 1.3794.

If the trend breaks the first resistance at 1.3794 (first resistance). Thereupon, it is possible that the pair will move upwards continuing the development of the bullish trend to the level 1.3823 in order to test the daily resistance 2. However, stop-loss is to be placed below the price of 1.3669.

According to the previous events the price is expected to remain between 1.3669 and 1.3794 levels.