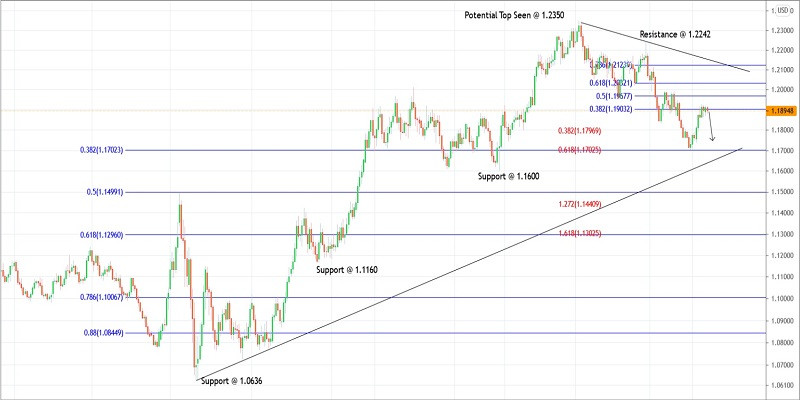 EURUSD has produced a neat rally after having achieved its target at 1.1704 earlier. The recent rally has reached 1.1924 levels, just near the fibonacci 0.382 retracement of its recent drop between 1.2242 and 1.1704 levels respectively. The next high probable move from here could be on the lower side towards 1.1780/90 at least, if not lower.

The overall structure remains bearish until prices stay below 1.2242 and subsequently below 1.2350 levels going forward. The rally from 1.1704 levels might still be incomplete and bulls might remain poised to push through 1.2050 levels after the corrective drop is complete. Only a drop below 1.1740/50 will threaten the recent swing lows.