XRP/USD is trading around $1.30-$1.42 after making a 3 year new high at $1.4936 on Sunday. Trend remains bullish as price is respecting all previous key support levels and is making higher highs and higher lows. For the last few hours price is mostly moving sideways as a pause to the up trend and break out from $0.60-$0.80 major resistance. 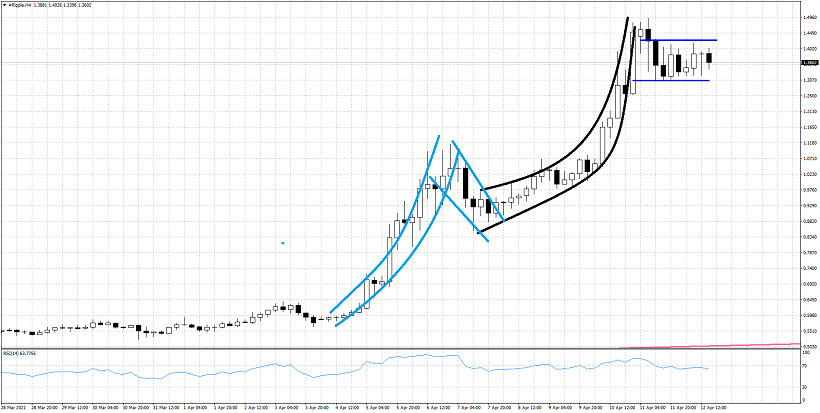 XRP/USD continues to form bullish patterns. Price is in a tight trading range between $1.30-$1.42 and a break above it is very likely. Our next target is at $1.97 as we mentioned in previous posts. If support at $1.30 fails to hold, then we could see a back test of the next support and previous resistance around $0.90-$1.10. The most likely scenario is to see price break to the upside and respecting $1.30.The material has been provided by InstaForex Company – www.instaforex.com