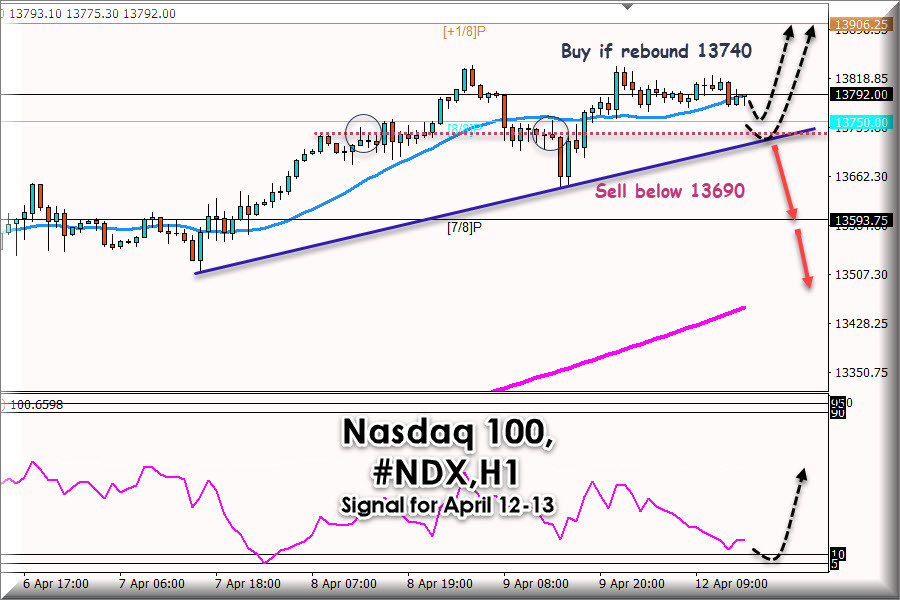 The Nasdaq #NDX Index in the morning of the American session is falling 0.44%, as investors were waiting to see if the results will justify the high prices, investors are also waiting for this week to start to know the quarterly results of large companies and some economic data that the market awaits with attention.

The MSCI Global Stock Index, which tracks the markets of 49 countries, as of Monday is down 0.35%, away from Friday’s record highs.

Over the weekend, Federal Reserve Chairman Jerome Powell said the economy was about to start growing faster, although the coronavirus remains a threat.

On a technical level, the Nasdaq, has a strong top at 13,830, has formed a double top, by which, according to these fundamental data, a correction is expected for the next few hours.

We can also notice a trend channel in the 1-hour charts and the 21 SMA, which for now are giving support and keeping the uptrend in force. In addition, there is a support at 13,710 that the Nasdaq has not been able to break on several occasions.