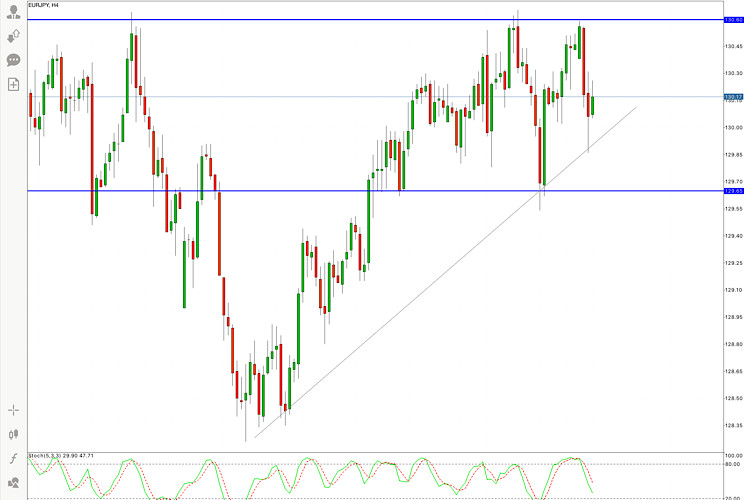 The common European currency surged by 46 pips or 0.36% against the Japanese Yen on Friday. The currency pair tested the 130.60 level during the Asian session on Monday.

EUR/JPY remains side-lined above the key barrier at 130.00 the figure at the beginning of the week. The exchange rate reversed from a resistance level at 130.60 on Monday morning. Most likely, the EUR/JPY pair could continue to edge lower during the following trading session.

Further consolidation around current levels appears favoured for the time being. The resumption of the bull trend faces the next hurdle at the 2021 high near 130.60 (April 7) ahead of the 131.00 yardstick.While above the short-term support line in the 128.40 region, extra gains remain on the table, with the longer term target at the 2018 high at 131.98 (July 17).