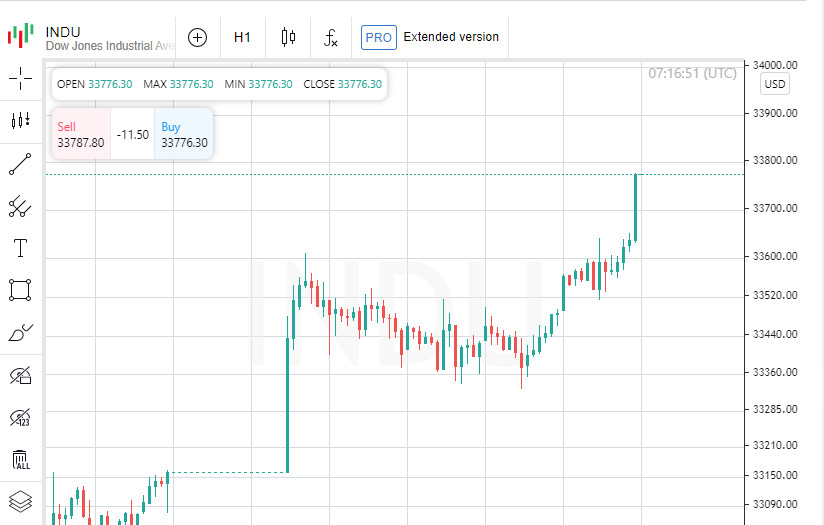 The increase in the stock market was observed on Friday, despite the rise in the yield of US Treasury bonds. The yield on ten-year US Treasuries rose to 1.66% from 1.629% a day earlier.

Federal Reserve Deputy Chairman Richard Clarida told Bloomberg Television on Friday that he expects a volatile recovery in the US economy this year. Clarida also noted that one of the conditions for raising interest rates will be accelerating inflation to the target level of 2% and maintaining that pace for at least a year or so. According to him, the Fed’s forecast is that this year inflation will rise above 2% for some time, and then “will return to about 2% at the end of this year.”

Federal Reserve Chairman Jerome Powell said a day earlier that the uneven vaccination of people around the world against the COVID-19 coronavirus is a serious risk for the global economic recovery. Powell also noted that the recovery of the US economy after the crisis caused by the coronavirus pandemic remains incomplete and uneven.

Producer prices in the US (PPI) in March rose 1% from the previous month, according to data from the country’s Labor Department. According to analysts, the indicator was expected to grow by 0.5%. Compared to March 2020, the PPI rose by 4.2% against the expected growth of 3.8%. The rise in the indicator became the highest since September 2011.

Investors, meanwhile, are looking forward to the start of the corporate reporting season, which is likely to determine the movement of the stock market in the coming weeks.

Honeywell International Inc. on Friday, rose 3.2% after analysts at Deutsche Bank gave recommendations to buy the shares of the company.

Southwest Airlines Co. declined 0.1%, although the airline announced it would be returning more than 2,700 flight attendants due to expectations of traffic growth in the summer.

The market value of Boeing Co. decreased by 1%. The aircraft manufacturer asked some customers to test the electrical systems of the 737 MAX. The ban on the operation of these aircraft was in effect from March 2019 to November 2020 in connection with two plane crashes.