Bitcoin was forming an inverted head and shoulders pattern as we explained in previous posts. Bulls need to break above the resistance at $59,000-$60,000 in order to activate the pattern. Yesterday price briefly broke out of resistance but soon after turned back below it. This false breakout is not a good sign. 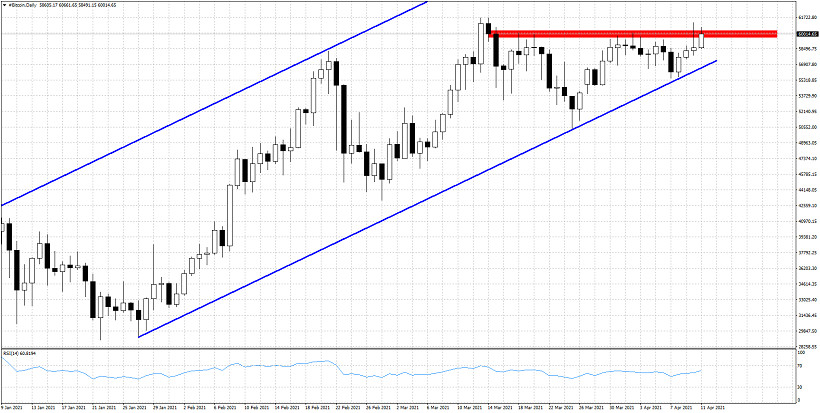 BTC/USD is trying once again to break above the major resistance area in order to continue higher towards $65,000 and $75,000. Trend remains bullish as long as price is inside the blue upward sloping channel. Support is found at $56,00-$56,600. Bulls need to defend this price level otherwise we might see a change in short-term trend.