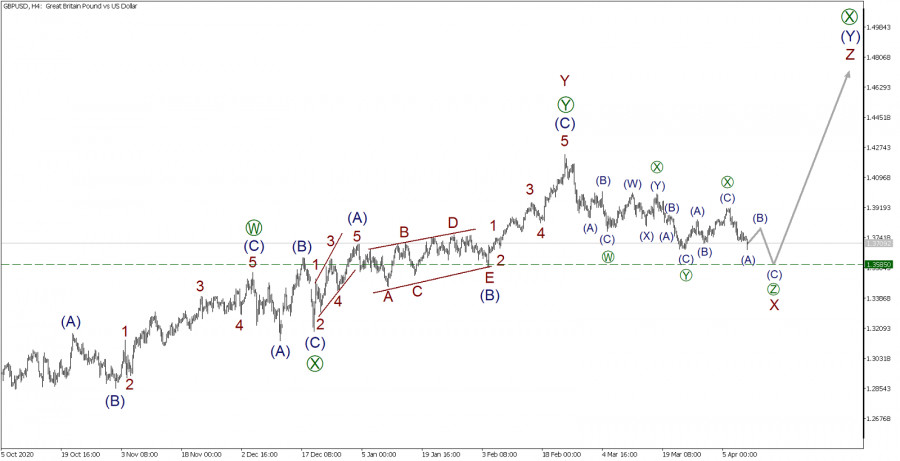 Today, we are going to analyze the GBP/USD wave pattern.

The higher time frame shows the final part of the global wave pattern [X]. It has been developing for a long time.

The final wave (Y) inside the wave pattern [X] is transforming into an ascending triple zigzag pattern W-X-Y-X-Z. Most likely, the price is currently located within the second wave X of this pattern that has a complex structure.

Wave X is likely to be a bearish triple zigzag pattern. The final leg of this wave pattern is developing at the moment. Let us analyze wave X in depth. 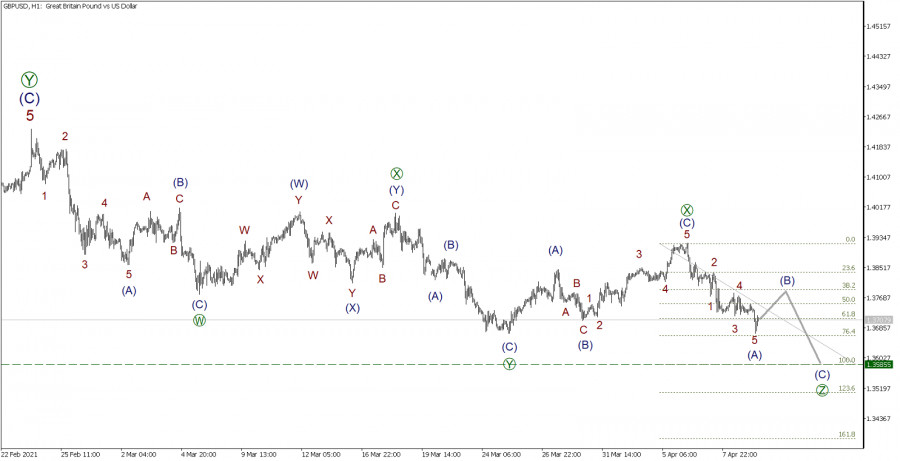 On the H1 chart, we can clearly see a descending triple zigzag pattern that is emerging right now.

The first four parts of this zigzag pattern have been fully completed. The bearish wave (A) has been formed. This wave is also the beginning of the zigzag pattern [Z]. Thus, we could have seen the continuation of the downward trend after a small correction (B).

There is an assumption that the values of the current sub-waves [Z] and [Y] will be equal. Therefore, GBP/USD is expected to go down to the price level of 1.3585 in the short term.

The chart shows a rough scheme of a possible future movement.

We will continue to analyze the market next week. Have a nice weekend.