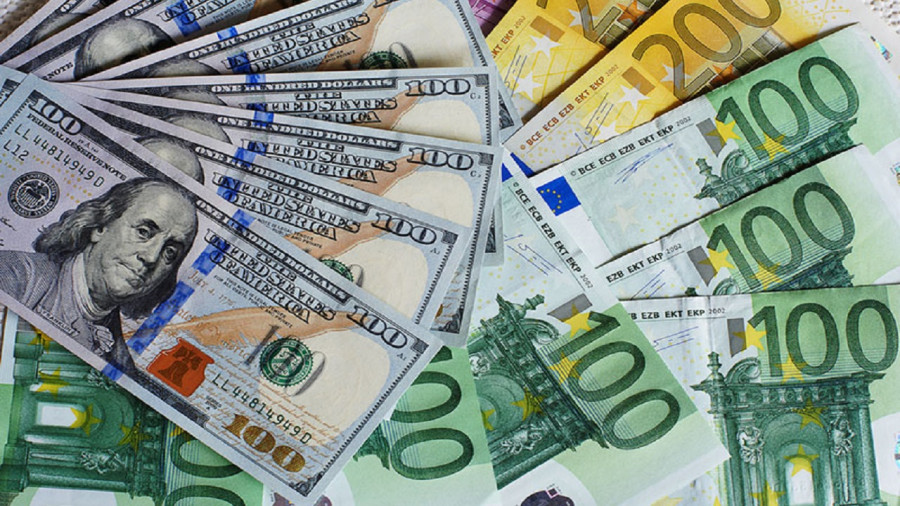 The end of the current week was disappointing for the US dollar: it continued to decline after the speech of Fed Chairman Jerome Powell in front of the IMF leaders. On the other hand, the Euro currency is also having a difficulty: it slightly declined before the publication of Germany’s statistical data.

On the morning of April 9, the Euro declined against the US dollar before the industrial production report in Germany was released. Specialists expect the indicator to increase by 1.5% for the month after the previous decline. When trading started, the EUR/USD pair was in the range of 1.1895-1.1886. The Euro currency managed to slightly rise, breaking through the previous resistance level of 1.1864, which is a “bullish” signal for the market. Analysts expect increased pressure on the single currency and a return to the “bearish” scenario for the EUR/USD pair. This is possible if the resistance level of 1.1921 is broken through, which will open the path towards the level of 1.1964. At the same time, experts recommend opening long positions for the euro. 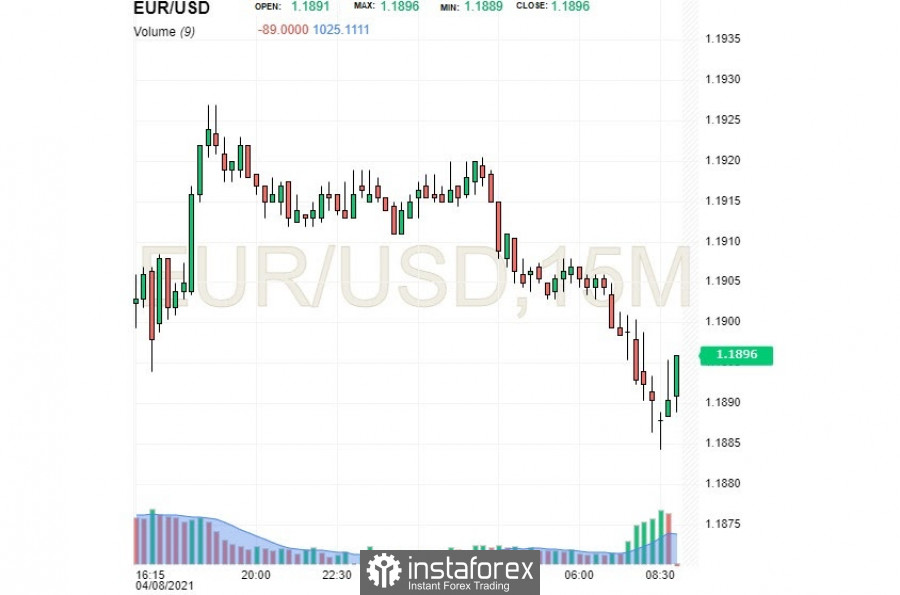 The US currency, in turn, has recovered some of its losses recently, but it may maintain its maximum decline by the end of this week. This is supported by Europe’s strong statistics, massive growth in the number of applications for unemployment benefits in the US and the Fed’s “dovish” rhetoric. It can be recalled that the Treasury yield and the USD exchange rate fell again after the Fed’s Chairman speech to the IMF leadership. J. Powell tried to make calm statements about controlling the inflation rate, but emphasized that the economic recovery of America is still on progress.

According to the FRS representatives, the US economy still requires aggressive monetary stimulation despite improving its prospects. In terms of inflation, J. Powell noted the increase in price pressure as the national economy recovers, but this will be temporary. The regulator considers the risks to the inflation forecast to be relatively balanced, not posing a threat to further economic growth in the United States. At the same time, the Federal Reserve kept the interest rate on federal funds at the same level (0-0.25%), allowing its increase no earlier than 2023.

Meanwhile, the disappointing statistics on the US labor market contributed to the weakening of the US dollar’s position. Last week, the number of Americans who applied for unemployment benefits for the first time increased by 16 thousand, that is, to 744 thousand people. The US Department of Labor stated that this indicator has been growing for the second week in a row. This disappointed the markets and analysts, who had expected a reduction in the number of unemployed applications to 680 thousand. In any case, the regulator remains positive, having improved its forecast for employment and inflation. The Fed expects inflation to rise to 2.4% this year, which is above the 2% target.

Experts believe that the increase in the number of applications for unemployment benefits in the United States hinders the active recovery of the national economy. Although they do not consider this factor to be clearly negative for the USD, they are afraid that the downward trend will develop. According to them, serious slippage in the US labor market can cause a reassessment of investors’ expectations and a reversal in the market.