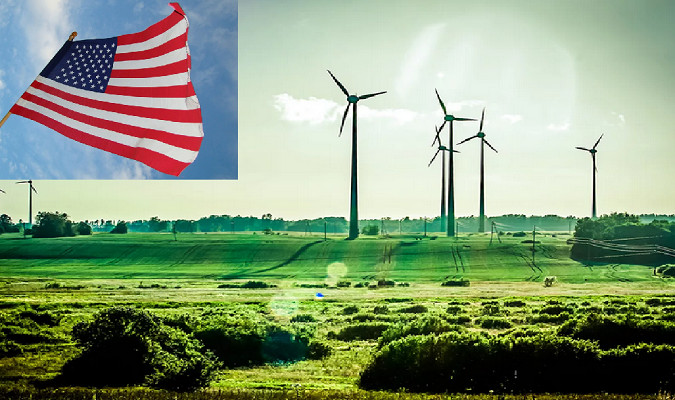 US plans to cut half of greenhouse emissions by the end of this decade, which is almost double of its previous commitments. But to achieve this, serious changes in the electric power industry, transport and other industries are needed.

This cutback is part of the White House’s commitment to prevent the global average temperature from rising more than 1.5 degrees Celsius (2.7 degrees Fahrenheit) above pre-industrial levels. Presumably, the Biden administration will announce a ready-made climate plan ahead of the summit later this month.

Discussed targets include a 48-50% reduction in greenhouse gas emissions from 2005 levels.

By comparison, under former President Barack Obama, the US pledged to cut global warming emissions from 26% to 28% by 2025. The countries that signed this agreement are slated to meet again this November to make another pledge.

Obviously, the US is seeking to rebuild trust with other countries, especially since former President Donald Trump withdrew the country from the 2015 climate agreement.

To date, the US gets approximately 40% of its electricity from nuclear and renewable energy. But it will have to double its carbon-free energy to 80% by 2030 to get the country on track to cut emissions enough to meet its new target.

Environmentalists are also lobbying the White House to include a clear commitment to cut methane emissions by 40%. Such would allow the US to cut emissions equivalent to taking 140 million gasoline-powered vehicles off the road.

As of this moment, the US is near its previous target of having emissions 14% below 2005 levels. The decline was very sharp last year – 23.8% below 2005 levels – but only because of the pandemic-related quarantines that reduced air and land travel.

When the Paris Climate Agreement was signed, countries pledged to try to keep global warming well below 2 degrees Celsius (3.6 degrees Fahrenheit). But now researchers believe the 1.5-degree limit is necessary to avoid some of the most disastrous effects of climate change.

In fact, both the UK and the European Union have pledged to cut emissions by 68% and 55%, respectively. And according to analysts, the US’ pledge is not enough to limit global warming to 1.5 degrees. It should cut emissions by 57-63%.