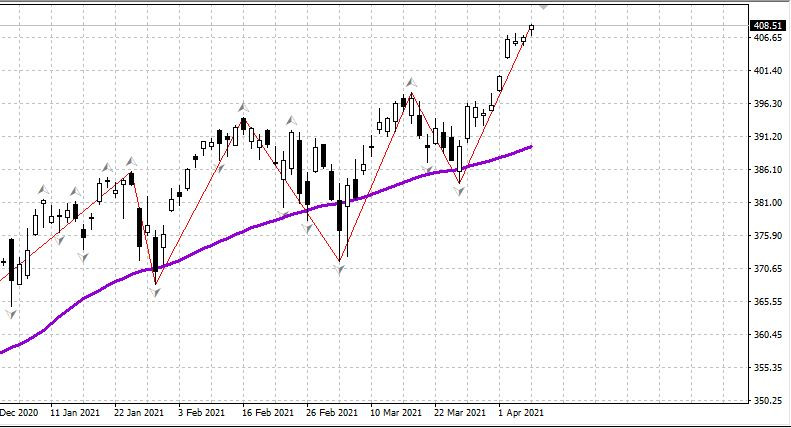 According to the data, unemployment in the country remained practically the same over the week, staying at approximately 3.73 million. Claims for unemployment benefits, meanwhile, increased to 744,000.

But Fed Chairman Jerome Powell still gave optimistic forecasts for the economy. He also reiterated that the central bank will not change its policies, at least until target levels are achieved.

As for Biden’s new spending plan, the head of the IMF gave her approval yesterday, which resulted in the US market gaining new heights.

Taking this into account, there is a good chance that a pullback will occur any time.

With regards to Asian markets, Japan saw a 0.8% increase, while China slipped by 1.3%.

Apparently, the Chinese market is under pressure due to intensifying tensions between the US and China. The IMF also asked both parties to work together to support global growth, but there is a broad bipartisan consensus in the US that China has become its top threat.