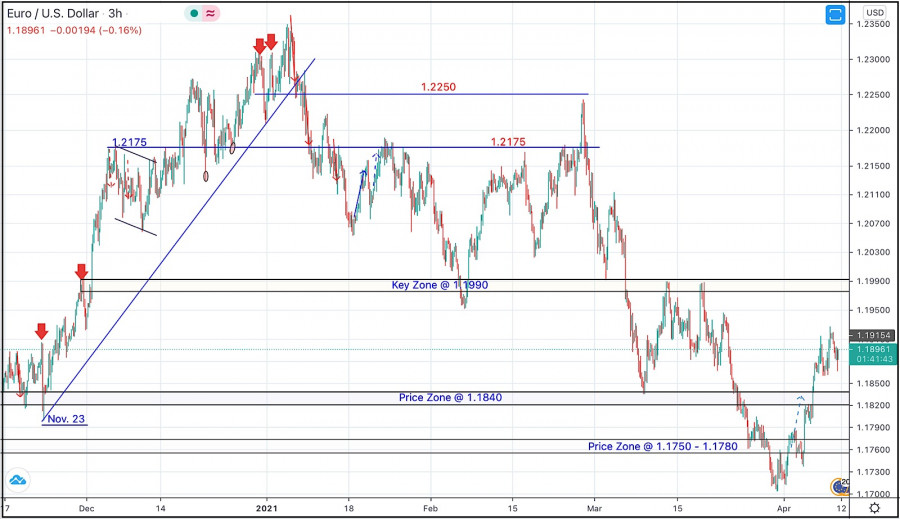 Recently, as the price zone of 1.1700-1.1720 was being challenged, an upside pullback was expected to pursue towards 1.1840 which failed to provide sufficient bearish pressure.

The current Upside breakout above 1.1840 can enhance further movement towards 1.1990 where selling pressure maybe anticipated.

Until then, the EUR/USD pair remains trapped between the significant key levels between 1.1840 and 1.1990.