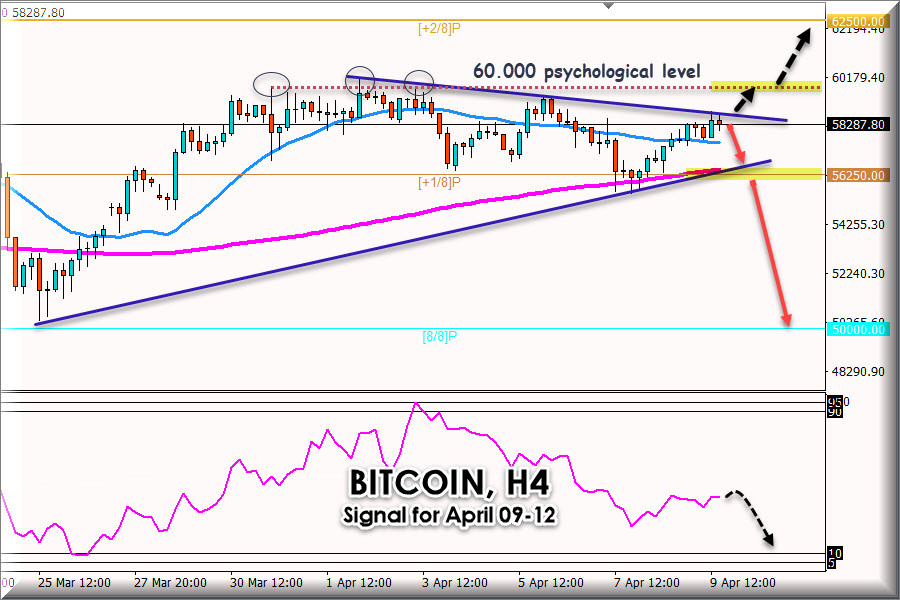 The Bitcoin BTC/USD, in the morning of the American session is trading below the downtrend channel that converges from the psychological 60,000 level and above the SMA of 21 and EMA of 200, trading within a very limited range.

Many operators are waiting for the next movement of the BTC, although the market sentiment means that little by little the operators are liquidating their bullish positions.

Of course, technically we expect a correction towards levels of 50,000 and up to 40,000 for another bullish wave that takes it to 70,000 and 80,000, but everything is pending for now waiting for a catalyst to move the leading cryptocurrency, which for now is consolidates above 56,000.

On the other hand, Hester Peirce, one of the commissioners of the US Securities Commission (SEC), said that governments would have a hard time banning Bitcoin, I think we have passed that point of banning Bitcoin in the United States soon.

Because you would have to turn off the internet, and she added, I don’t see how it could be banned, the effort could certainly be made. It would be very difficult to stop people from doing it, so I think it would be foolish for the government to try to do it.