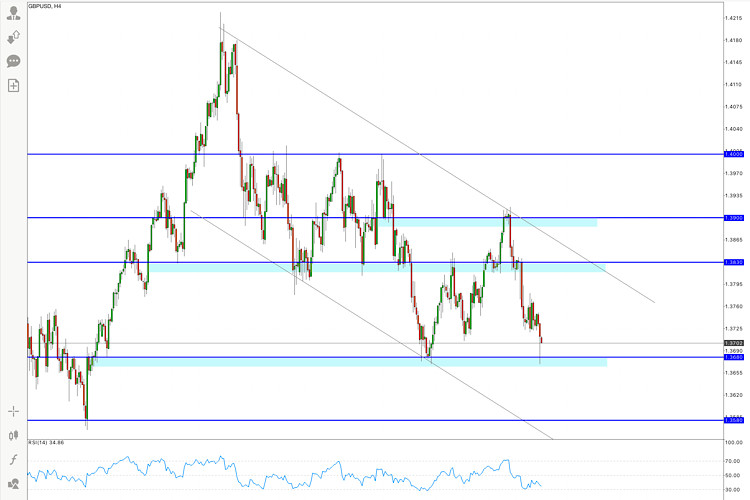 GBP/USD is trying to hold onto 1.37, trading near the March lows. The US dollar is rebounding the from dovish Fed-induced blow. Concerns about Britain’s vaccine supplies and Brexit-related issues are weighing on sentiment.

Pound/dollar has been extending its falls after breaking below the uptrend support line, as the four-hour chart is showing. Momentum remains to the downside and the Relative Strength Index is above the 30 level, outside oversold territory.