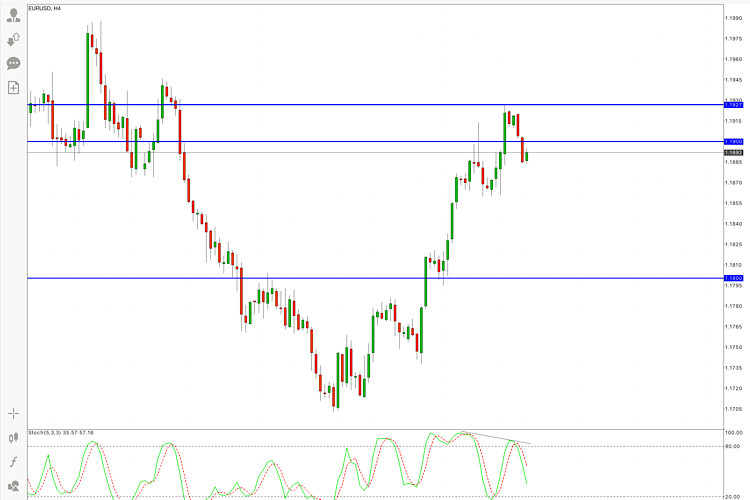 EUR/USD is trading below 1.1900, retreating further from two-week highs of 1.1927 amid resurgent haven demand for the US dollar whilst the Treasury yields recover. Concerns about vaccines in Europe outweigh the Fed’s dovish message.

From a technical perspective, Euro/dollar remains in a short-term uptrend, setting higher highs and higher lows as shown on the four-hour chart. Momentum remains to the upside. However, the Stochastic is still in overbought conditions on the daily chart.