Ethereum (ETH/USD) ended its decline and now is pressuring the immediate critical resistance. A breakout could confirm a further growth towards new highs. ETH/USD increased as the price of Bitcoin increased as well after the last decline. 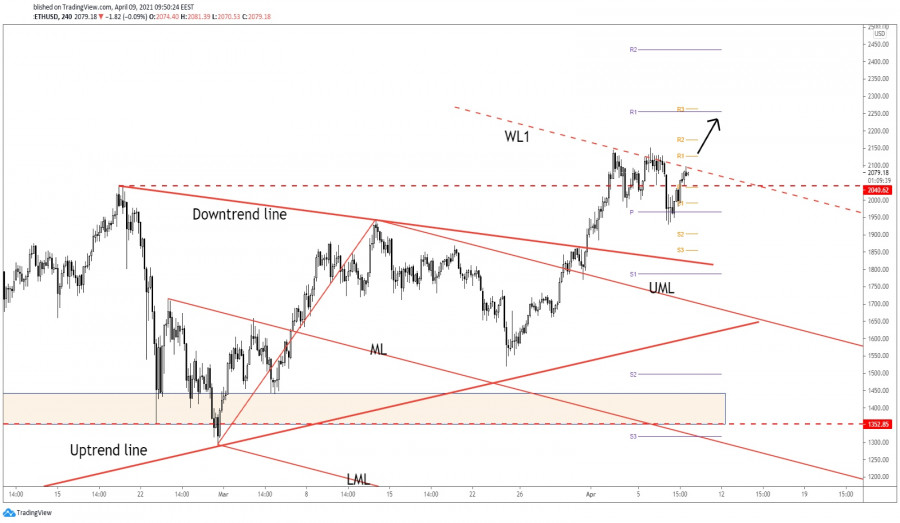 ETH/USD is back below the first warning line (WL1) of the descending pitchfork after retesting the weekly pivot point ($1,965).

Technically, only a valid breakout above the warning line (WL1) and a new higher high could really validate an upside continuation.

The upside scenario could be invalidated if ETH/USD drops and stabilizes under the pivot point ($1,965).

Jumping and closing above $2,144 could announce further growth and could offer us a new long opportunity. the $2,500 could be used as an upside target.