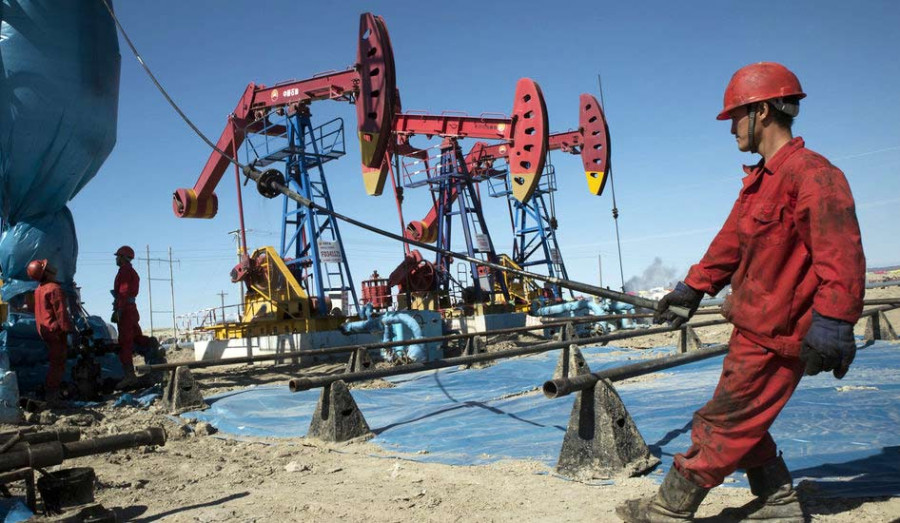 Oil is currently under pressure from the data released by the US Department of Energy which showed a significant increase in US gasoline stockpiles last week. Brent oil futures for June immediately sank by 0.36% to $62.95 per barrel at the moment of writing. On Wednesday, these contracts were trading in positive territory and rose to $63.16 per barrel. WTI crude futures for May also fell today by 0.25% to reach $59.60 per barrel. Notably, at the end of the previous session, WTI was trading higher around $59.77 per barrel.

Meanwhile, data on crude oil supplies in the country showed mixed results. Last week, oil inventories fell by a significant 3.5 million barrels (to 498.3 million), although analysts had expected a decline of only 1.4 million.

Despite the optimistic outlook for the global economy in 2021, oil prices remain vulnerable due to the growing number of coronavirus cases in some large countries. The most difficult situation remains in India, one of the largest oil importers. Will Sungchil Yun, commodities analyst at VI Investment Corp., believes that the records of new Covid-19 breakouts across the world will put strong pressure on crude price in the short term.

In addition, the uncertain situation around the AstraZeneca coronavirus vaccine may slow down the mass vaccination campaign. For example, The Joint Committee on Vaccination and Immunization (JCVI ) recommends that people under the age of 30 do not take the vaccine due to the potential side effects – the possible blood clots. The European Medicines Agency (EMA) is going to include the risk of blood clots in the list of rare but likely side effects of the AstraZeneca vaccine. Such news has caused delays in the vaccination process that could significantly affect fuel demand in the northern hemisphere during the summer season.