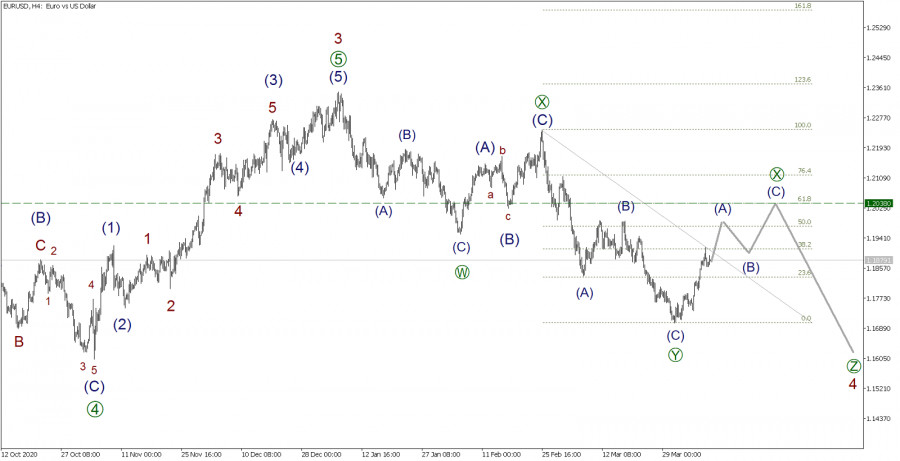 A downward correction continues to develop in EUR / USD. However, its structure is appearing to be more complex than we assumed in the previous articles. Therefore, most likely, wave 4 will be a triple zigzag: [W] – [X] – [Y] – [X] – [Z].

Waves [W] and [Y] are already visible, while wave [X] is still developing. It is also assuming a zigzag structure, which we have sketched in the chart. 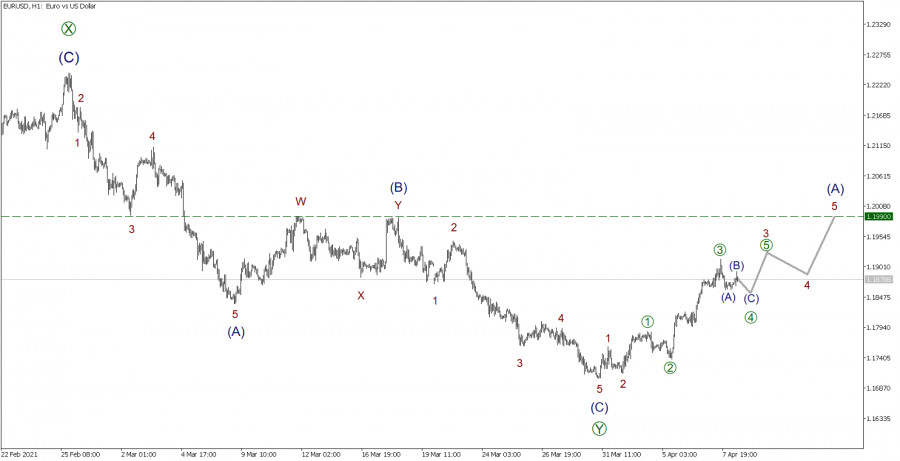 The market reversed after wave [Y] ended. Now, wave (A) is developing, and it has five sub-waves, two of which seem to be already built.

There is also a small pullback in wave [4], but its duration should be short. Then, wave (C) will end, after which wave [5] will begin to form.

Sub-waves 3-4-5, meanwhile, will develop in the direction of the previous high.

Taking this into account, the most ideal action is to open long positions in the market.