XRP/USD after making a three year high at $1.1144 has pulled back towards important Fibonacci support level. Price is bouncing off the Fibonacci support and we take a look at the key price levels and possible scenarios for the next few sessions. As we mentioned in previous posts XRP/USD has broken above major resistance area of $0.70-$0.80. Price has now pulled back towards the 38% Fibonacci retracement and is bouncing off this support. 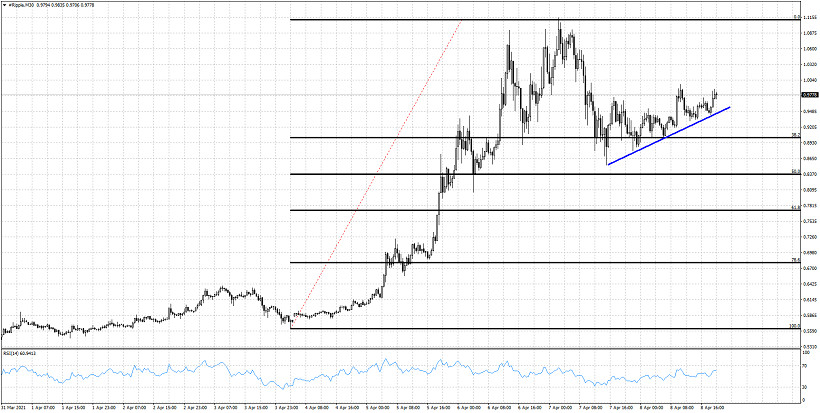 XRP/USD is moving higher from the recent low at $0.8537. Price so far back tested the upper boundary of the previous resistance area which is now support. The short-term upward sloping blue trend line so far is being respected. As long as price holds above this line we expect a move to new highs above $1.11. If this blue line of support is broken, there are increased chances that price could fall towards the 50% or even 61.8% retracement levels. The bullish scenario for a new high above $1.11 is not cancelled even if price pulls back towards $0.70. This would be a normal back test after the huge break out. Such a pull back would be considered as a buying opportunity.