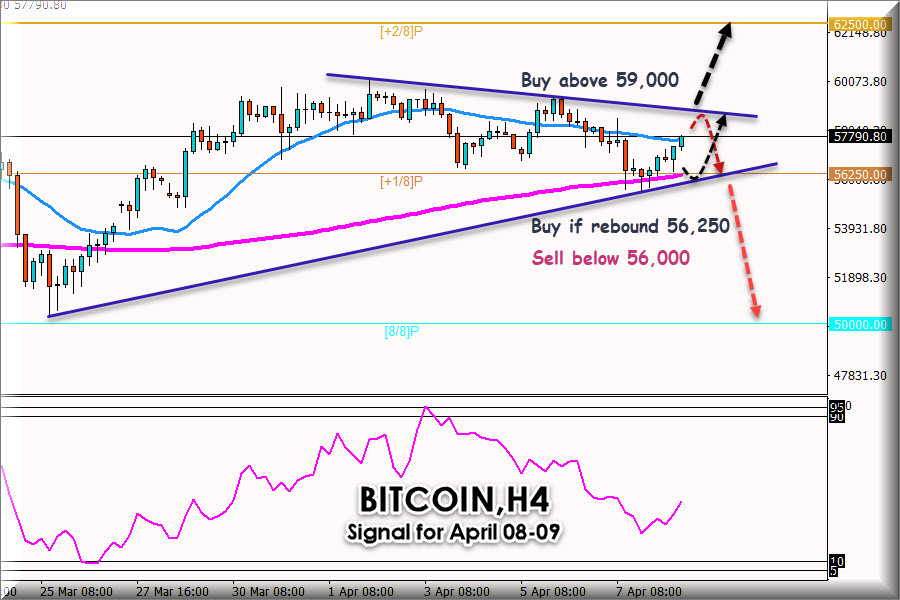 The Bitcoin BTC / USD remains for several days consolidating above the EMA of 200 around $56,250, and below $60,000, little by little the bullish sentiment is fading, and a strong correction could occur in the coming weeks.

A report by Bloomberg Intelligence strategist Mike McGlone predicted that Bitcoin could soon approach $400,000, based on past Bitcoin bullish movements.

Although it does not give a specific time frame of when that peak could be reached, the report specifies that during the next quarter the price is likely to break the resistance of $60,000 and head towards $80,000.

Although this data does not support BTC sentiment, this apparent consolidation suggests that the market is waiting for a catalyst for its next cycle either bullish or bearish, so we must be careful.

On the contrary, a daily close below $56,250, we should expect a sharp decline to await a consolidation towards the $50,000 support zone, also called a psychological level. Below this level is the strong support of $40,000.