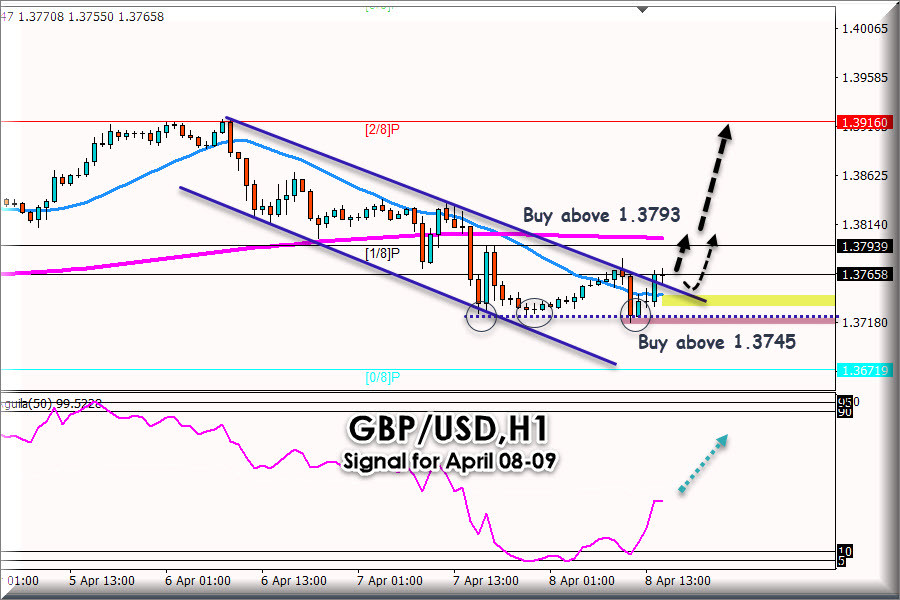 The GBP / USD pair is under downward pressure, in 4-hour charts it is below the 21 SMA and in 1-hour charts above the 21 SMA located at 1.3740. We can also see that the pair is trying break the downtrend channel of 1 hour.

In the UK, the medical regulator on Wednesday issued a temporary ban on the AstraZeneca vaccine for the age group under 30. In addition, the trial of this vaccine against the coronavirus in children has been stopped.

The FED minutes revealed that interest rates will remain low for longer as the economic recovery is far from complete, despite the strengthening of the country’s labor market.

These data fueled speculation about a delay in the government’s plan to reopen the economy, which now appears to be weighing on the British pound.

On the chart, you can see the 1.3730 area, which has left a triple bottom, which shows that there the pair has found a strong important support, which could give it a boost to the 1/8 Murray area located at 1.3793.

The 1/8 Murray level coincides with the 200 EMA in 1 hour charts, if it exceeds this level the British pound could easily reach the 2/8 Murray levels around 1.3916, the road is free of resistance until this level.

On the other hand, a daily close below 1.3730, could go towards the lows of several weeks in the 1.3670 area, for this we should expect a price below that level.

Our recommendation is to buy around the 1.3745 area, there it is located at the bottom of the bearish channel and the SMA of 21, and the weekly support, supported by the eagle indicator.