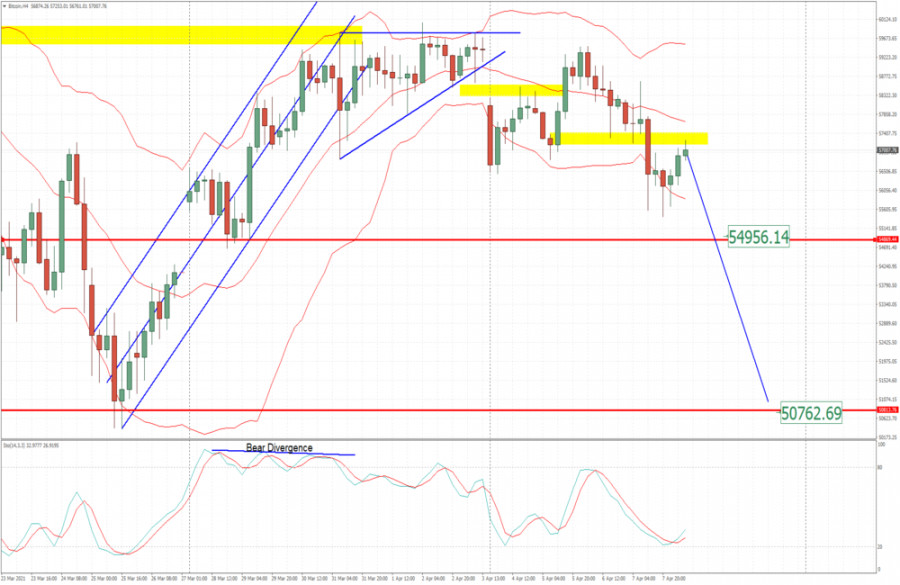 Analyzing the current trading chart of BTC, I found that sellers are in control as I expected in my previous analysis.

BTC is testing the previous swing low at $57.000, which is now acting like resistance….