EUR/USD is trading at 1.1875 and it seems too overbought to rebound. The price action has printed a reversal pattern on the H4 chart, so the rate could come back down again.

The greenback started to increase after the FOMC Meeting Minutes. USDX has rebounded in the short term, even if it stands in the seller’s territory. EUR/USD has increased a little today, but it could drop again during the day.

The pair has continued to increase after disappointing US Factory Orders data. The figure declined by 0.8%. The euro was strongly bullish yesterday as the Eurozone Final Services PMI and German Final Services PMI turned out to be better than expected.

Today, a significant drop in the US Unemployment Claims from 719K to 682K could help the USD to appreciate. 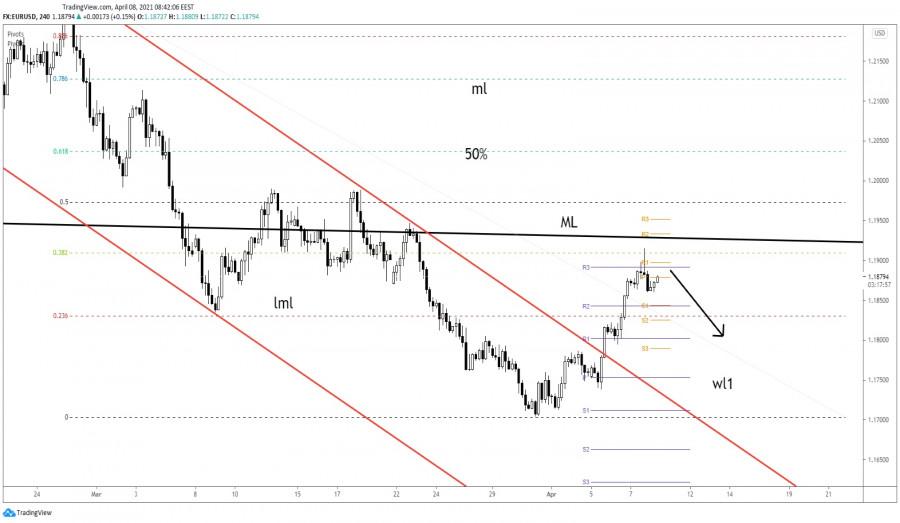 EUR/USD increased after escaping from the down channel, but now it has reached the 38.2% retracement level. The false breakout with great separation above this static resistance level could signal a new sell-off.

Still, maybe EUR/USD could try to retest the weekly R3 (1.1891) before dropping deeper. EUR/USD should develop a new sell-off if the USDX jumps higher in the coming hours and days.

Dropping and closing below 1.1860 could be seen as a bearish signal with an immediate downside target at 23.6% (1.1830). Ignoring this level could announce a deeper drop.