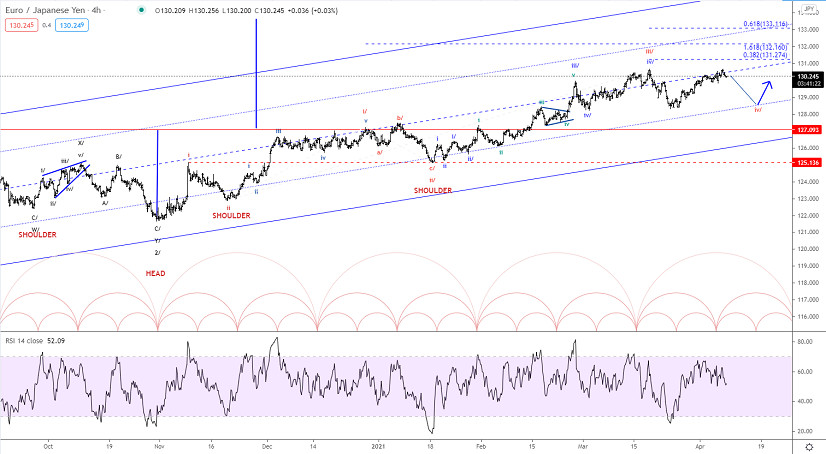 EUR/JPY is currently testing the former peak in red wave iii at 130.67. We expect another peak here for a new dip towards support at 128.34 to complete red wave iv and set the stage for the next rally higher towards the S/H/S target at 133.65.

A break below minor support at 129.81 will confirm a top is in place for the expected dip towards 128.34 before higher again.