Yesterday, the crypto market was in an upward trend owing to XRP’s rally. Ripple rose to $1.11, the level unseen in three years. After that, the crypto asset’s rally faded and the market took a short pause.

After reaching a $2 trillion record in total capitalization, the crypto market shrunk by 2.5% over the last 24 hours. On April 7, the major cryptocurrencies slowed down their pace and took a wait-and-see stance. For the last 24 hours, Ripple lost 10%. At the same time, the daily trading volume in XRP/USD remains at $43 billion. On top of that, the coin advanced by 2.7% for the last few hours according to the charts. 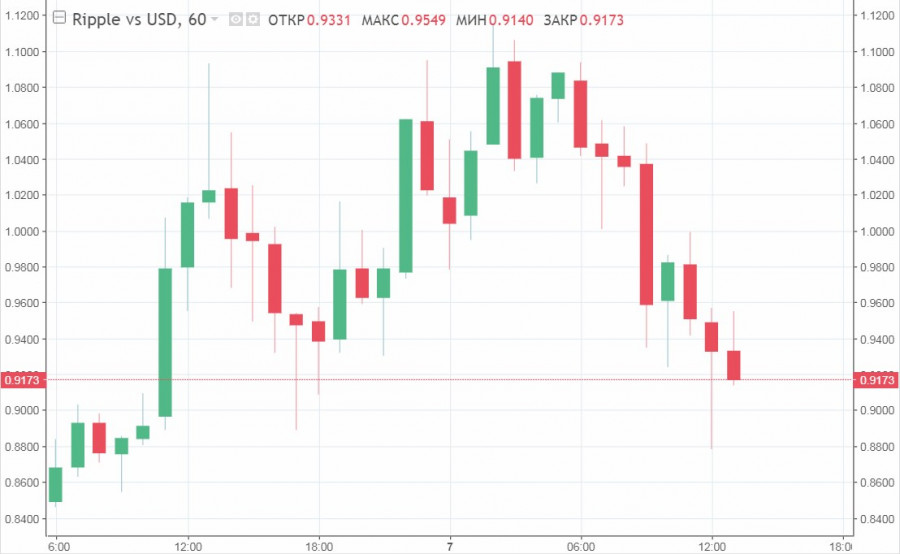 The cryptocurrency’s rally followed the Court’s approval of Ripple’s claim to request internal documents from the SEC. The market welcomed this news and took it as yet another Ripple’s victory against the regulator. As a result, XRP/USD broke the $1 barrier and boosted the entire crypto market. Later, the situation stabilized and the colin dropped to $0.918. According to the price dynamics for the last couple of hours, the upward trend will resume soon.

Meanwhile, BTC/USD is still trading in the $57-59K price range. Yesterday, the world’s top digital asset lost 2.3% and plunged by 2.2% for the previous week. 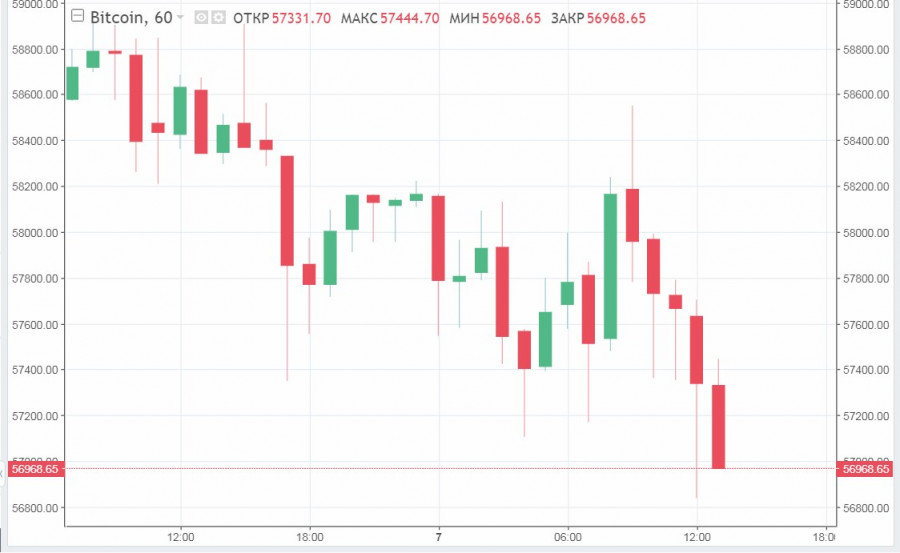 In the long-term, the top digital coin is expected to remain within the $57-59K price range. At the same time, the cryptocurrency lacks support to start rising and break through the $60K mark. Its daily trading volume amounts to $66.5 billion, which is 7% higher than yesterday. However, it is all about an increased demand for bitcoin among retail investors as well as its lack among large companies, which can boost the virtual asset. In the short term, the world’s first cryptocurrency is unlikely to go above the $60K mark.

For the last 24 hours, Ethereum lost 4% and consolidated at $2,039. The upward trend will extend to $2,100 if ETH/USD remains above $2K. Otherwise, the asset will plunge to $1,800. Given the current positive price dynamics (+0.4% over the past few hours) as well as a slightly increased daily trading volume ($36 billion), the main altcoin may consolidate and then extend its rally. 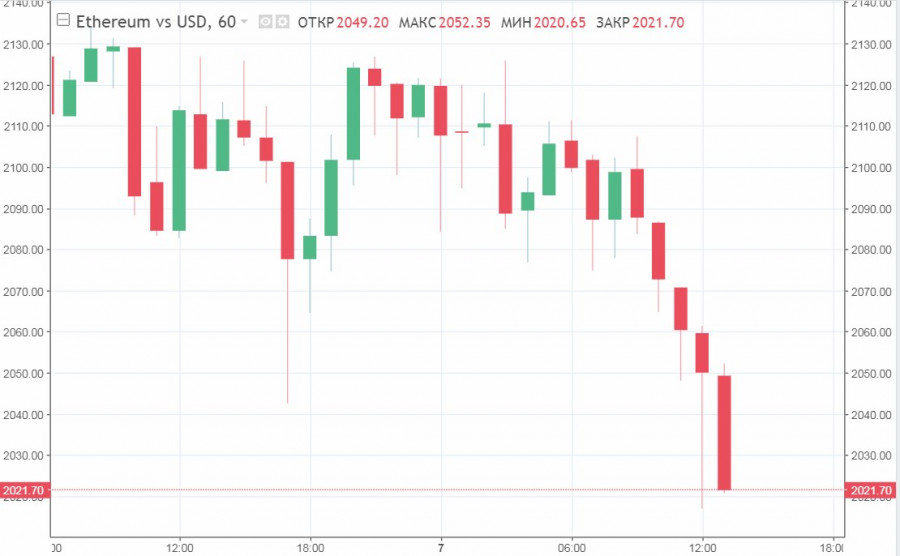 Meanwhile, LTC/USD also lost 2%. The asset is still at the important level of $220. It will become the key level for the next upward trend. Given the current positive price dynamics (+0.5%) and the high daily trading volume, the altcoin is expected to rise to $225-230 today. 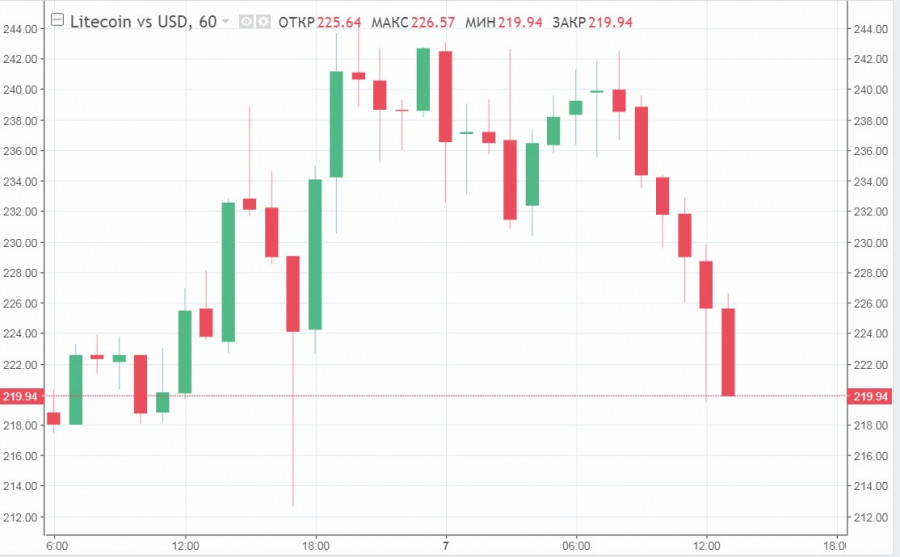