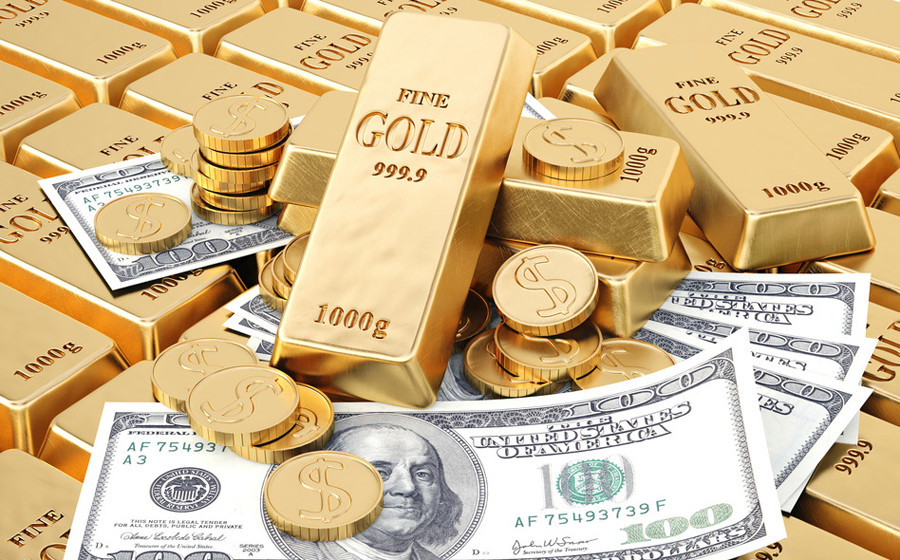 The trading on the New York stock exchange COMEX on Tuesday, as well as the three previous sessions, ended with an increase for the yellow precious metal. The increase for the June gold contract was 0.8%, which is equal to $14.20 in monetary terms. Therefore, the price per ounce reached the level of $1,743.

In general, gold prices have increased by 3.4% over the last 4 sessions. The precious metal has not shown such sharp positive dynamics for almost 2 months, namely since February 10. There are two key factors that affect its pricing more than others and help the classic asset to achieve stable growth and slight strength.

ActivTrades analyst Carlo Alberto de Casa stated that we are at a current stage where gold is still showing a backlash in response to any movement in the US dollar and US Treasuries. But while the US currency is weakening, and the Treasury yield is declining, the quotes of the specified metal have sharply surged.

At the same time, the drawdown of the safe-haven asset will also be natural, if this week turns out to be favorable for the dollar and US treasury bonds. In this case, gold will have to become an outsider again and start losing in price, which was already predicted by experts.

Meanwhile, the Vice President of GoldMining Inc, Jeff Wright, commented that gold’s price has already reached the lower limits. He said that he remains optimistic about the long-term outlook for the metal, but the short-term forecasts are not so great. According to him, the price has hit the bottom yet.

Michael Armbruster, Managing Partner at Altavest, has a similar opinion. He is confident that the dynamics of US government bond yields, which are determined by inflation, will exert particularly strong pressure on gold pricing in the short term.

The expert believes that inflation data will indicate a rapid acceleration in the rate of growth in prices in the next few months. In this regard, gold will become much cheaper. Thus, we cannot rule out that its value may decline even below $ 1,600.

The analysis of the charts also indicates a possible decline in the yellow asset. Naim Aslam, Chief Market Analyst at AvaTrade, studied the precious metal quotes and concluded that an upward trend is not yet observed.

Gold has not yet managed to break through the 50-day moving average, which is currently at $1,772 per ounce. Based on this, we can expect a further pullback in the short and medium term.

This morning, the price of gold is declining correctively after a four-day rise. The June futures contract was trading at $1,738.15 earlier, being down by 0.28%. In monetary terms, the difference from the previous trading was $4.9. The price of silver also declined, falling by 0.51%. As of 05:40 Universal time, May futures were priced at $25,098 on COMEX.