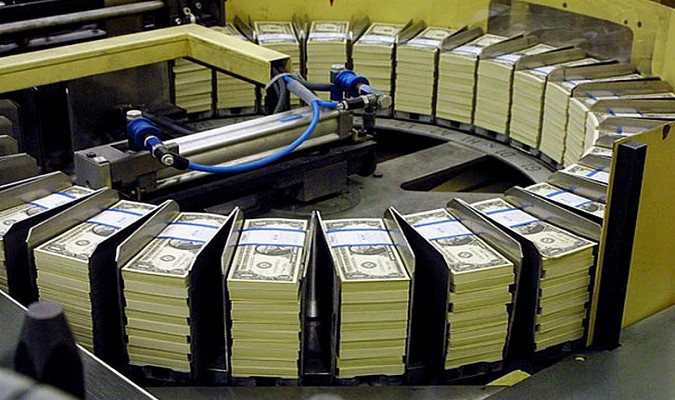 Nominal rates are increasing much faster than CPI because of expectations for higher inflation. Accordingly, this makes real rates less negative, which drives gold prices down.

But in this period of fractional reserve banking and massive government intervention (fiscal and monetary policy), inflation is actually more complex than just the money supply.

To be more specific, the velocity of money is a key variable, in which if the rate of circulation drops faster than its printing, then deflation sets in.

This is very important at the moment because banks are flooded with liquidity.

In fact, right now, gold prices should be higher, but it is not.

Many believe that manipulation is the main factor why prices have become as it is. Therefore, it would be a wise decision for investors and speculators to ditch those assets altogether and move on to others.

Likewise, consumer spending is important because it dictates the circulation of money. In fact, the response of many households to save money during the COVID-19 pandemic induced short-term deflation because the velocity of money slowed down.

So what happens when things change in the opposite direction? Of course, there will be a decline in savings, which could set off spikes in inflation.

And to date, savings are already declining, although it remains well above the long-term average. Nevertheless, it suggests that spending will skyrocket soon, when consumers decide it is time to use their money.