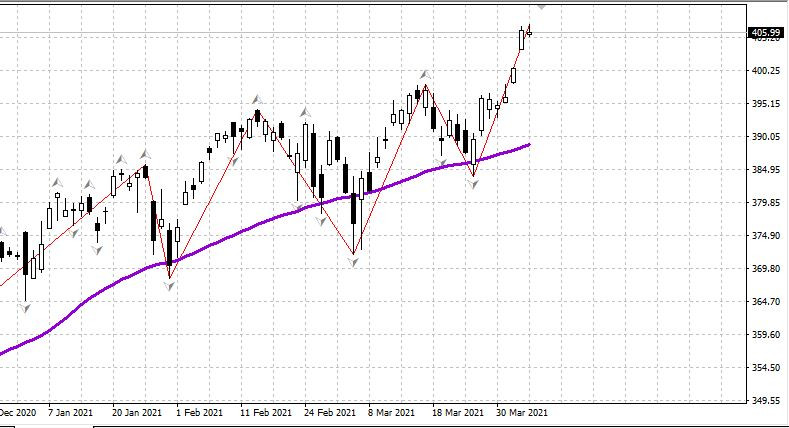 IMF raised its forecast for global economic growth to 6%, up from its previous projection of around 5.5%.

But despite that, the US market went down yesterday, dropping by approximately 0.3% in the Dow Jones index.

Asian markets, on the contrary, gained numbers, with Japan indices increasing by 0.2% and China indices rising by 1%.

On the bright side, Biden is reported to be stepping up vaccination efforts in the United States. In fact, he said yesterday that 150 million Americans have been vaccinated since he took office, and that all adults should have access to the vaccine by April 19.